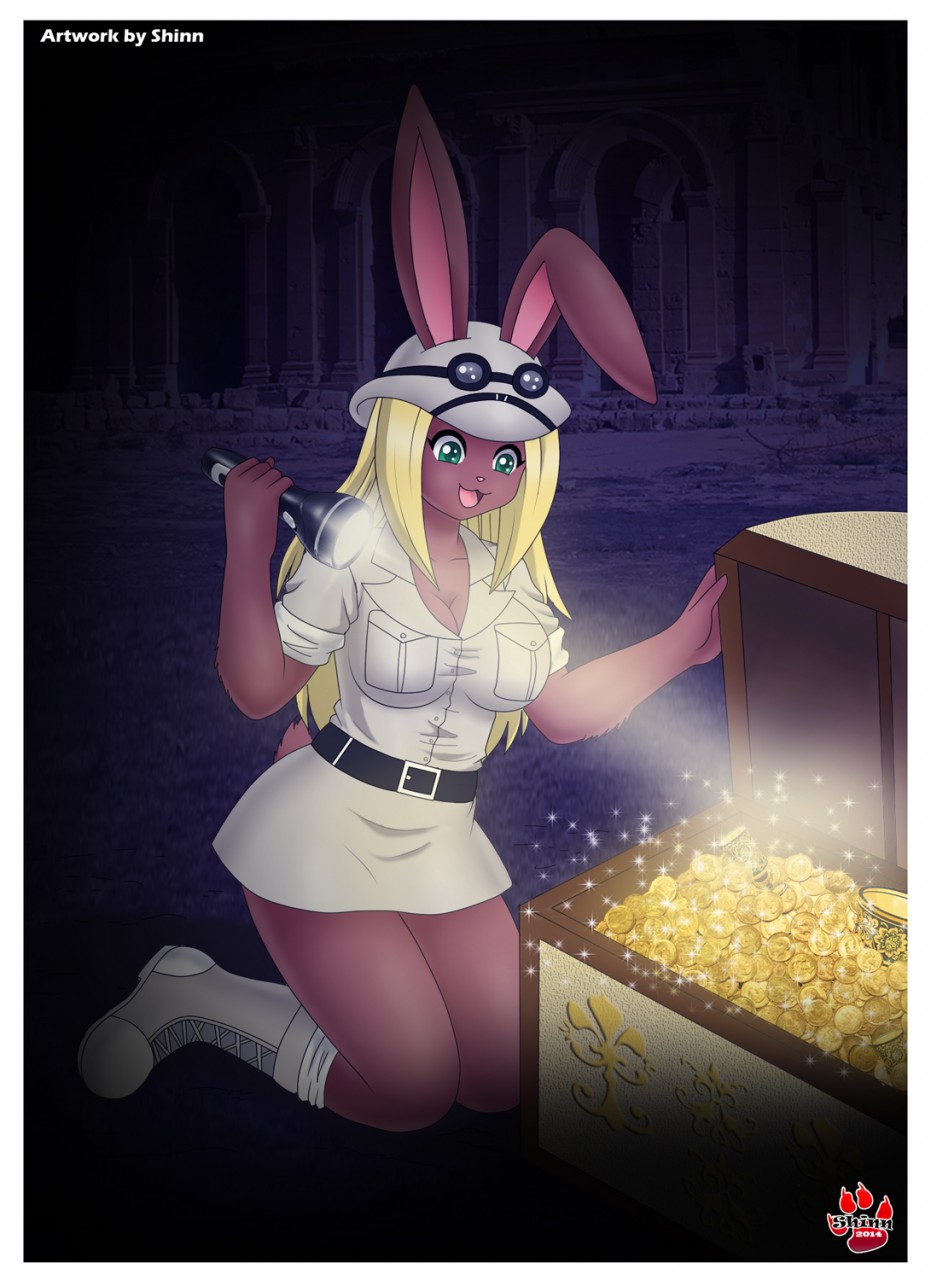 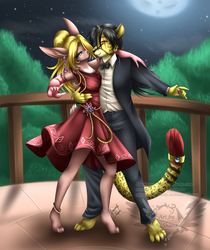 Helen here is an archaeologist that specializes in Roman history. When she's not with Link the cheetah, she's usually researching any potential artifacts or ruins of Roman origin. On her latest expedition, she had read about a series of ruins said to house quite a find from the Roman Empire.

She spent the last few days searching the ruins, but with no luck. She had nearly given up when she spotted a large chest of sorts hidden in a corner. Her curiosity getting the better of her, she pried the box open and her eyes grew wide from shock...

The box had been filled with many golden coins bearing Roman symbols along with a gilded cup bearing more markings. The bunny woman couldn't help but laugh at her good fortune.

Helen the bunny belongs to me.
Artwork done by the talented  shinn4.