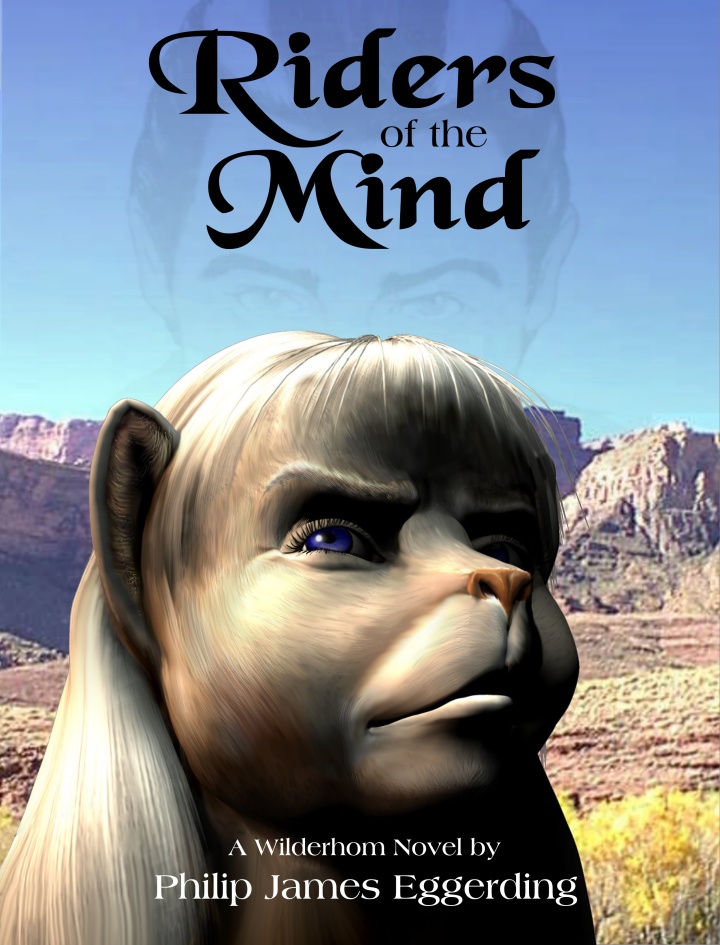 From the back jacket
Jayson's mind was capable of spanning the universe, but would he and Riena ever get off Wilderhom? The planet of the despised Phurs was not a place to advance his career as a Telepathic Out Of Body (T.O.O.B.) Rider - especially since his director in the Intelligence Gathering Service no longer trusted him.
But now, Mr. Kohlaf is giving Jayson a final chance. He will send the Rider on one more TOOB mission - one that will take him to the dark abode of Korrak, an Elder of Wilderhom's most powerful Phur Clan: The Canids. If Jayson does well on this assignment, perhaps things will change.
But the mission doesn't go as planned.
No. It doesn't go well at all....

My Thoughts so far –
While I admit to a slight amount of trepidation at the similar sounding word Phurs, an obvious reference to furs as a subgenre, I’ve heard this author recommended. The author certainly is not the first to make a word phonetically sounding like another, while not a positive for me it isn’t a deal breaker either. The back presents what seems like a good story in the making. A protagonist and supporting character, a situation that’ll require some thought to get out of, and stakes to overcome. As expected, things don’t go well, but to what degree, we’ll see.

Overall: Riders of the Mind is the journey of two characters heading towards a shared future, though they are not aware of it at the time. Both have little comprehension of the world outside of their little spheres of awareness, doing what they see as their duty because there are few options for people in their situations. Alternating between two different points of view, the story is allowed more freedom from not being locked to a single narrator, and uses it to great advantage, exploring the world in greater detail as a result.

A true science fiction story and a well-written furry tale, both humans and Phurs are integrated into a functional society. While the story does make use of the conventional humans versus Phurs backdrop, it avoids focusing too heavily on the topic, more using it as a springboard to explain the motivations of the various characters.

Well suited for readers that prefer more general audience fare, this is a story in which the romantic interactions feel natural, or unnatural as the case may be, and the unusual situation the main characters fine themselves in provides a unique avenue for the formation of their relationship that goes deeper than casual friendship.

While the plot is somewhat of a stretch, it does not push it so far that one cannot believe the scenario that is presented. The complex characters carry the story forward well. As the first installment in a trilogy, it is likely that things will only get more interesting from here.