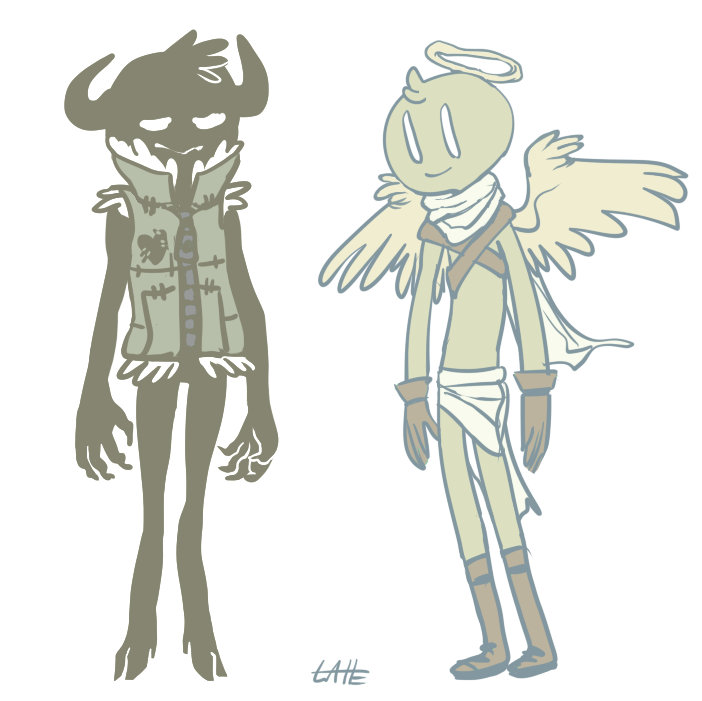 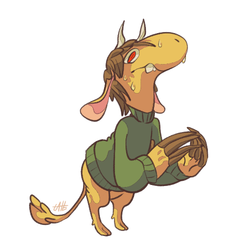 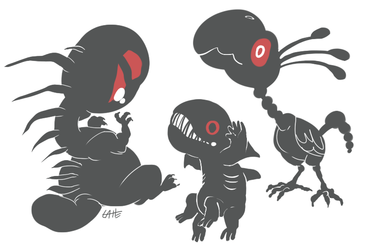 the one on the right is icarus, he’s actually a ghost who wants to be an angel but the angels are mean to him so he just hangs around wherever

the one on the right i really have no idea, i just felt like drawing a sort of companion character.. they're a shadow or a demon or something like that
(someone suggested they're a shadow who wants to be a demon but isn't tough/mean enough and i thought that was cute, so that works)

on another note, i think i'm actually better when it comes to drawing blobs rather than lines and that kind of annoys me, because i'd really rather have skills with lineart than lineless.. gotta work on it i guess