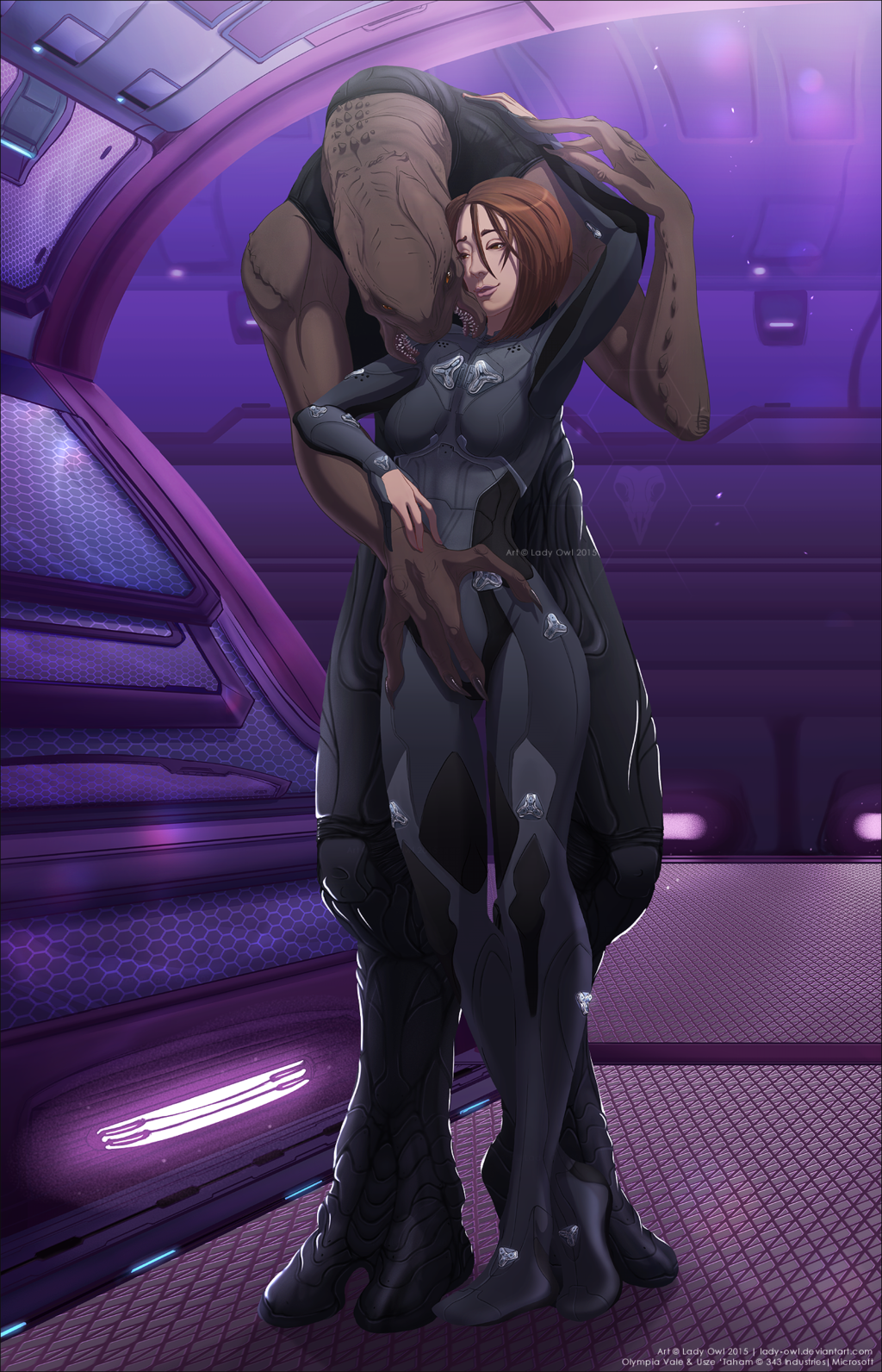 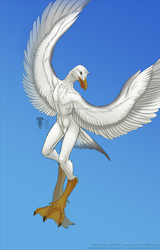 Spartan IV, Olympia Vale and Sangheili, Usze 'Taham from the Halo Universe.
This is part of a little series I'm working on involving these two being intimate, along with other Halo and interspecies pairings. c:

I instantly fell in love with Olympia Vale in a very similar way that I did with Kat back before Reach came out, but with the added benefit that Vale fits in way too well with a personal fantasy of mine: acting as a liaison between the UNSC/ONI and the Sangheili. She is fluent in the Sangheili language and an expert on their culture.

Though my fantasy wasn't involving the Sangheili, it was still rather coincidental and too good of an opportunity not to take advantage of pairing Vale up in a romantic interspecies scenario... since ya know, that's my thing and all.

At the time I started this drawing I had just picked up the recent Halo novel: Hunters in the Dark and was hopeful that, based on the plot, there had to be a good Sangheili character I could pair her up with instead of just some random Elite. Turns out that there was not only someone decent to pair her with, but that they both clicked in the story further than I had even expected. That Sangheili being Usze 'Taham, and interestingly enough, I wasn't the only one who thought so.