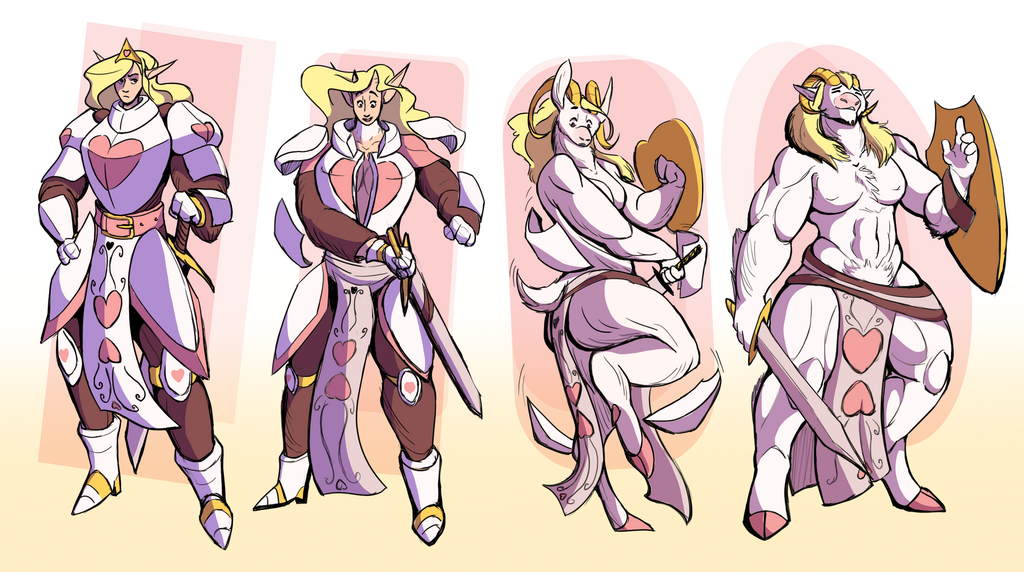 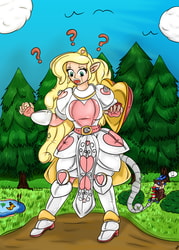 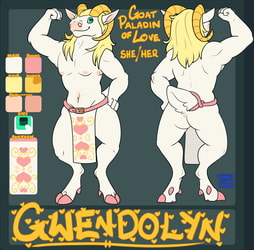 As an adventuring paladin, being personally-chosen by a goddess of love to be her champion comes with some changes.

Some more physical than others.

While the texts made mention of wild animal-men tamed by love who served the Goddess, the reality that was lost to time and translation was that the Goddess has an affinity for strong, handsome, hooved men, and reshapes Her champions to fit the job. That the paladin who rose above the rest was a woman was a change from ages past, but physical form was no issue for the magic of a goddess, and She could sense inside that even if the paladin didn't know it yet, she wanted this, and would be an excellent champion and companion.

Despite shifting between her elven and goat forms relatively frequently, Gwendolyn still finds herself surprised by the unexpected nature of changes she doesn't initiate.

An awesome TF sequence from the amazing SluttyAnimals, that's been on my mind for a long time that I finally got around to poking her about! Should have done it sooner, because she did an absolutely stellar job on it!

As the description text implies, this is the alternate goat form mentioned in her bio. Not sure if it's corruption given that she's still mentally herself and is a willing transformee, but I adore the idea of the pure elven paladin having a hooved, horned, male anthro alternate form, so do expect to see more of it!

Go give the artist a fave and a kind comment!