From the Storm by LadyDistort 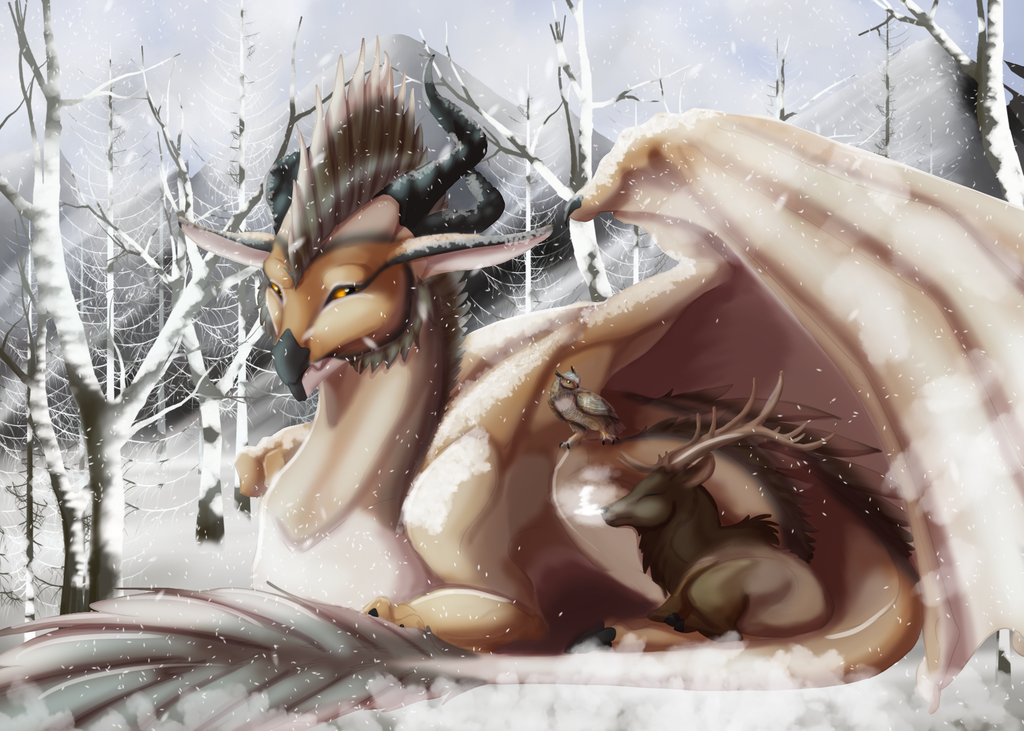 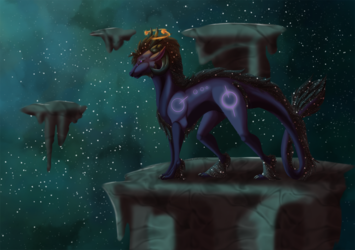 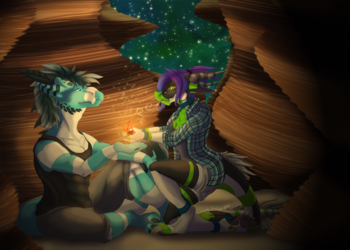 The wind blew, flurries of snow swirling as if a hurricane of frost challenged the lands for dominance. The bull struggled through the deep snow and blinding white, puffs of breath escaping his nostrils. He was tired, and the cold was unlike anything he had ever felt before when he heard a sound muffled by the winds, a question whispered through the air to fall upon ears not seen. Bellowing back, the bull continued to trudge along, legs shaking before finally giving out as he fell forward into the drifts. He let out a soft groan as he accepted what would soon be his fate at the hands of the snow and ice, when the flutter of wings, soft and brown broke the vast walls of white. An owl old and large landed on him, talons gripping his fur as its wings stretched and flapped to give him a better perch. Lacking the energy he laid there, defeated by his avian foe when the ground began to tremble, deep rhythmic pounding against the icy floor. The bull tried to stand, expending as much energy as he could in a panicked escape, but to no avail, his legs were weak and so cold they couldnt support his weight. Eyes wide with fear he saw through the white another brown figure, enormous and strange approaching him, it was a dragon. Death walked towards him, legs as thick as the stumps of trees, feathers as sharp as the blade of a hunters knife, he lay and watch. It stood before him staring through deep orange eyes, feathers shifting along its neck as it paced around him for a second, then put its body to the winds and laid down around him. Its large leathery wings outstretched shielding the bull from the snow as it sat quietly, tail pulling the elk close against its almost unearthly warm flank. Too weak to escape the dragons grasp and too tired to completely understand, the bull laid its head against the smooth hide of the beast, comforted slightly by its new protector.

Art, Oraclus and story created by Me :3