Forge is not a drone! by Kyroraz 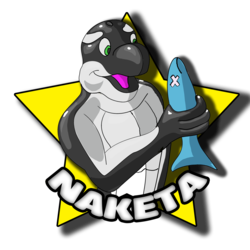 Forge is not a drone!

endium whipped this one up, depicting Forge in his new Mechanics Guild work mask.

Forge really doesn't want to work. He wants to surf. But how can he surf with this ridiculous contraption. Worst off, even if he COULD get it off, he'd want it back on ... since he now can't live without it, thanks to the chemicals that are pumped into the mask that he now needs to live.