Fallen Heroes No More by KyaValentine 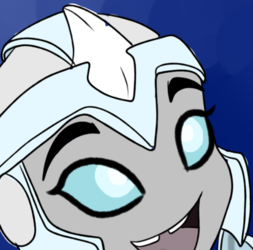 Hundreds of thousands of years ago, there were two beings. One was called Primus, the other Unicron. Primus was the light and Unicron the dark. Together they created a race of beings, built in their own images, known as Transformers. Primus sacrificed his body for the Transformers, giving them a planet where they could live and thrive. Unicron was uninterested in doing such a thing and argued against his brother doing it. In the end, Primus did as he wished and Unicron chose to leave. Peace reigned as the new race grew and developed.

Civilizations rose and fell on Cybertron, the name given to the planet where the Transformers lived, as time passed. Eventually an order was established, one that placed Transformers into certain social sects depending on their function and design. New lives, both created by pairs and those that emerged from the Well of Allsparks, were placed into these sects the moment they were created. And so it went for another hundred thousand years until two rose up in opposition to the status quo.

These two mechs, one a warrior forged in the gladiatorial pits of Kaon, another a scholar serving in Iacon City, forged an unlikely alliance. As the two developed a following, small skirmishes began to occur, much to the honor of the former gladiator, Megatron and to the horror of the scholar, Orion Pax. Still, they pushed forward, with differing agendas. In the end, the alliance broke and war officially came to the planet. The last Prime fell and bestowed the Matrix of Leadership upon Orion Pax, turning him into Optimus Prime. Those who followed Megatron became known as Decepticons while those who remained loyal to Orion Pax, now Optimus Prime, were known as Autobots. Many fled the planet, many more perished.

The war rages on. Autobots vs Decepticons in a civil war that has spread to several worlds. Bots choose their sides and hope their fate is a good one.

Autobot science vessel Aurora is the dumping ground for the misfit Autobots. Every one of them is deemed unfit for active military duty for one reason or another. They create an odd little crew of conflicting personalities, questionable morals, and distinct distaste for war. Yet they are also a tight-knit group that will do anything to protect one another.

While surveying a star system inhabited by a pre-industrial race, the Aurora is attacked by a Decepticon warship. The command crew, made up of old war veterans deemed unfit for active duty, responded and tried to out run and out maneuver the warship. It was an impossible quest, however, as the Aurora is an old ship with a lot of problems. In the end, they were caught.

The command center of the ship was destroyed in the resulting battle. The Decepticons had no mercy for a simple science vessel with minimal weapons. With the destruction of the command center, the ship floated in space. Only when the Decepticons tried to board it did the engineer show that she was still capable of making the ship move. It was enough surprise to allow the remaining crew to escape with the severely damaged ship. A crew of 15 had gone down to 8, one of which is a sparkling and incapable of serving the ship.

Over the course of the days that followed the loss of the command crew, the ship was docked for repairs and it was determined that the crew would head for the nearest Autobot-held outpost. Refueled and spirits that were a little higher, the crew set out for what they believed to be the end of their journey, and possibly the end of their service to the Aurora.

Upon their approach, however, the crew discovered that the outpost was under attack and had been blockaded. Several Autobot warships were in the vicinity, formulating a plan for a counterstrike. At the approach of the Aurora, one of the warships made contact. All aboard were shocked to find themselves speaking directly with Optimus Prime and his second, Elita One.

The Prime told them of the battle that was raging and the importance of the outpost. He did not have any ships to spare and needed to get into contact with a colony in a nearby star system. Normally, he would not get a simple science vessel involved, however they were all he had to send out to the colony and retrieve the support the Autobot forces needed. Upon review of the crew that had survived their encounter with the Decepticon warship, he had Elita One name the new command crew. She did so; Commander - Windblade, First Officer - Chromia, Second Officer - Red Alert.

Much squabbling occurred following the dismissal by the Prime and his second, even as the ship moved forward with their new mission in mind.

Windblade
~ Newly placed commander over the crew of the science vessel, Aurora
~ Young and completely unprepared for the new duty
~ Smart, quick thinking, and understanding
~ She was the linguist and Cityspeaker (a linguist who specializes in the ancient languages of Titans) of the crew

Chromia
~ Newly placed first officer of the science vessel, Aurora
~ Former warrior, disgraced due to a misunderstanding in her unit
~ Serves as chief of security (still does)
~ Tough and formidable in battle
~ Sarcastic with a dry wit

Heavy Hauler
~ Engineer
~ Rowdy, lewd, and all around a wild personality
~ Intelligent but self-taught and often finding herself backed into a corner, though she always finds a way out
~ Loyal to the end
~ Guardian of Quicksilver

Hipshot
~ Old Bot, serves as the ship's counselor, but is officially the Munitions officer
~ Former teacher
~ One of Larkspur's guardians
~ Very dry and serious
~ Spark and frame twin to Rimshot

Rimshot
~ Old Bot, serves as the supply chief
~ Former shop owner
~ One of Larkspur's guardians
~ Steady and calm
~ Likes to get overcharged (gets loud and obnoxious, and very touchy feely)
~ Spark and frame twin to Hipshot

Quicksilver
~ Communications and Navigation
~ Former Decepticon warrior
~ Damage to right optic caused by her mech creator -- damage is repairable but she refuses to get it fixed
~ Youngling, nearing adulthood
~ Studying under Windblade prior to the assault on the ship and loss of original command crew
~ Gets bored easily

Larkspur
~ Ship's "mascot" (more like pest according to Red Alert)
~ Sparkling found in a derelict ship during a routine check
~ Guardianship of her given to the twins, Hipshot and Rimshot
~ Outgoing, friendly, and happy to be alive
~ Stubborn
~ Follows Chromia around constantly (always getting underfoot)
~ Hates studying and tends to disappear prior to Hipshot's lessons