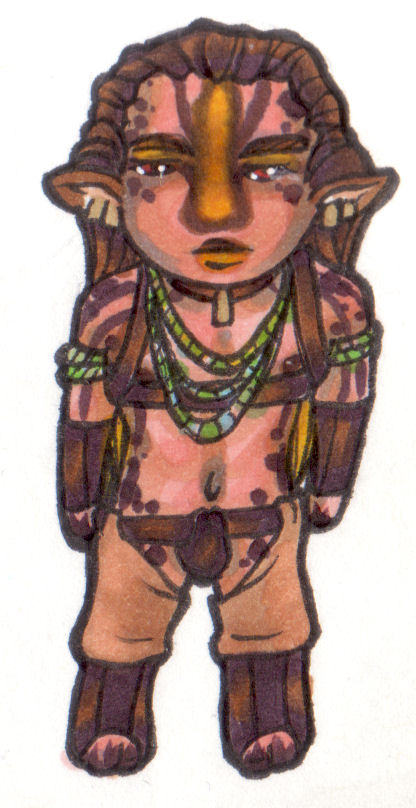 Age: unknown, he’s, in his mind and at the same time being completely unaware of the fact thanks to super fucked up, old magic, the same age he was yesterday, which is somewhere over three hundred.

Sex+Gender: Raised with and accepts “he/his/him” while identifying as male. Outside of the mating season, this doesn’t matter much to him or anyone else. But then the horns suddenly matter and holy shit, run.

Species: One of the very few remaining Irish Elk shapeshifters. As they are so old (and that magic problem I mentioned), they tend to forget bits and pieces of themselves when they try to change into human-like forms.