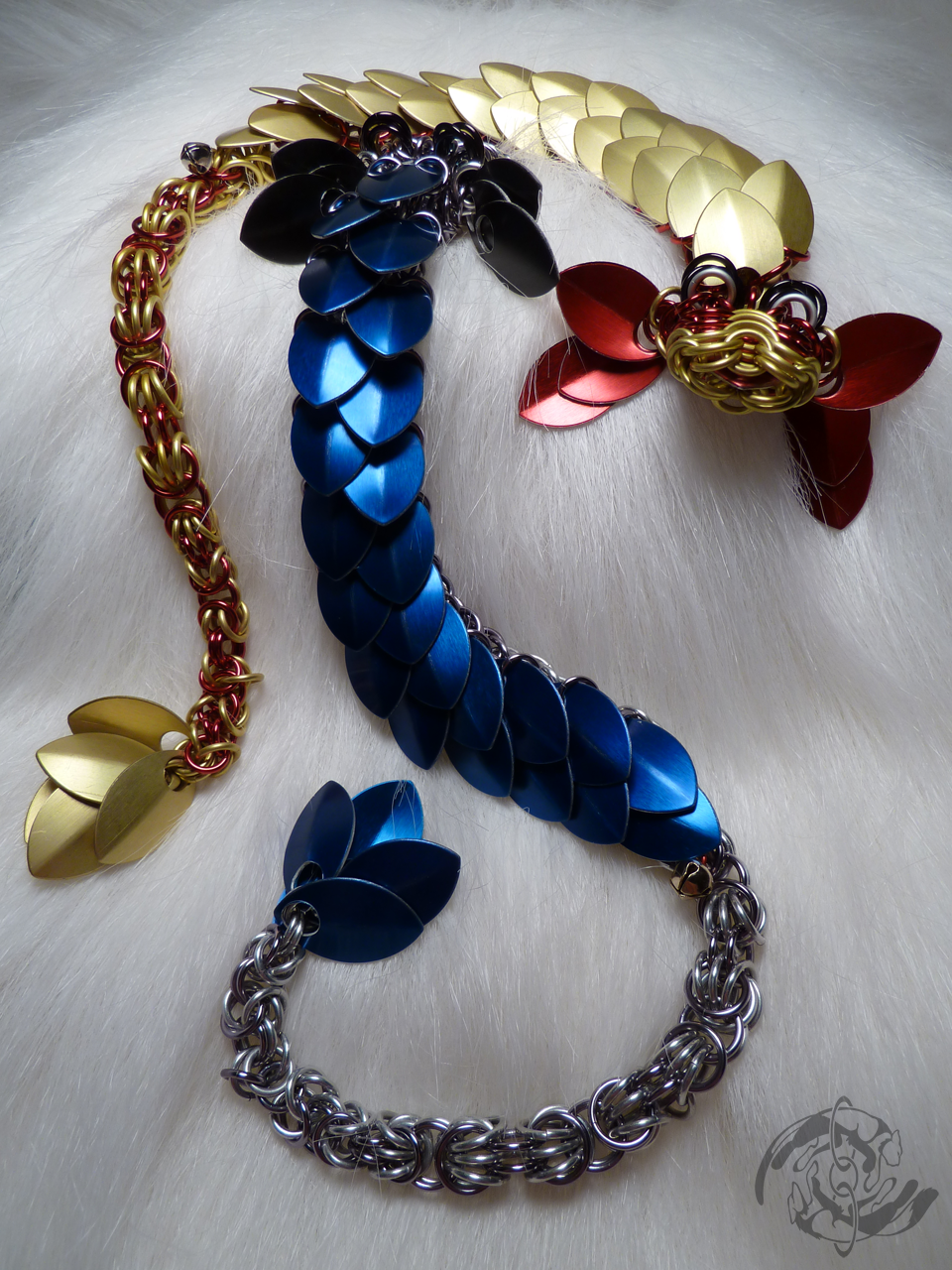 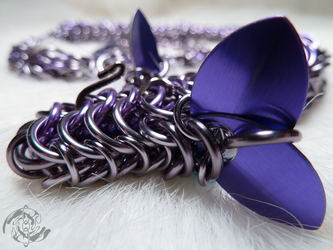 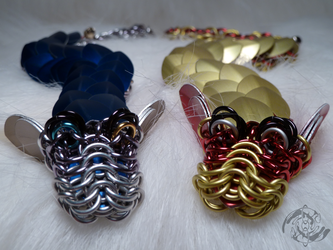 So, while sitting around watching one of Furball's streams and working on my 24" dragon, I mighta kinda said that I should make a chain dragon in her colors. I wanted to do it 'cause I love Furball's colors/markings, but I didn't think she'd actually get excited over the idea as well~

Then a few nights later, while back in one of her streams, I learned that the red and yellow colored version of her was like.. still her, but different. I knew right away what it was.. furball had gone Super Saiyan!

Anywho~ I didn't know which one I wanted to make more, so I made them both! May I present to everyone, Furball and Blytzkreeg, chain dragon style!

Furball is colored black ice, with a silver belly and "fur markings." Her "hair" is blue, and her eyes are blacked-out with the left colored gold and the right sky blue. I was even able to get her ears! All 4 of them! Which, if you could see, are black on the back, and silver on the front~

Blytzkreeg is colored red, with a yellow tummy and "fur markings." Her "hair" is yellow, and her eyes are also blacked-out, with both being colored white as they don't make a cream yellow ( sorry hun =( ). She has all 4 ears as well, but they're solid red (I got lucky with the black scales being dual colored on Furball..).

I would love to upload a ton of pics of these two to show how I at least tried to get the coloring of the bodies to match as much as possible, but none of the pictures came out right. I was able to get them close though, including the markings on the "arms" and "legs" and the color change where the "feet" would be..

Ironically, the really quick update pictures I took while making these two came out better than the ones I wanted to upload to show such things. With that in mind, here are a few Dropbox links with said pictures:

On a side note... TAIL BELLS! Of which there are actually 2 on each dragon~ One at the base of the tail, and one inside the "fluff" at the tailtip~ All are attached by red rings because I'm OCD like that~