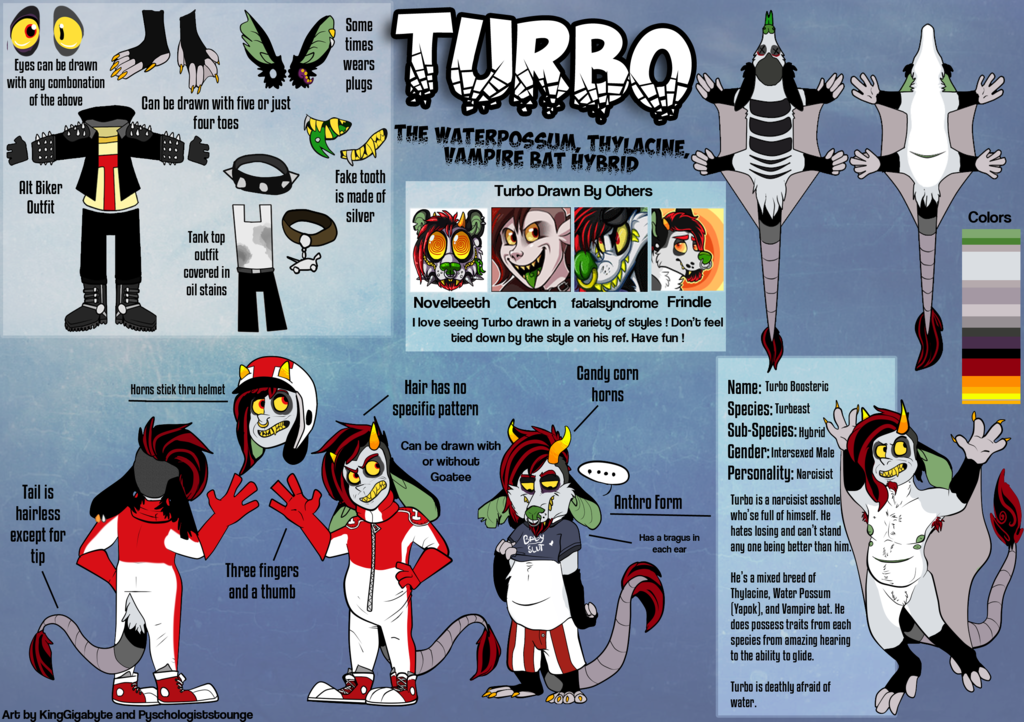 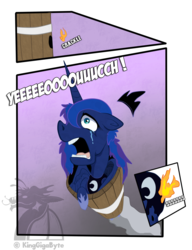 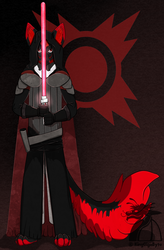 Finally a new updated ref sheet for my alt Sona Turbo ! He's loosely based on Turbo from Wreck it Ralph since now he's more of his own character.

This is a collab between me and Psychologiststounge. They drew the main four views and I added details and a lot of custom stuff to the ref long with inking and coloring every thing !

This ref took a long time to make but it was worth it. Art used by other artists in this ref is credited right on the ref since I used a few icons that where made for me.

This was a long time coming but worth it.

As for the eyes if its confusing he can have either round or slit pupil and he can have an iris color or no iris color and the black around his eyes can be dark grey and purple or just dark grey.