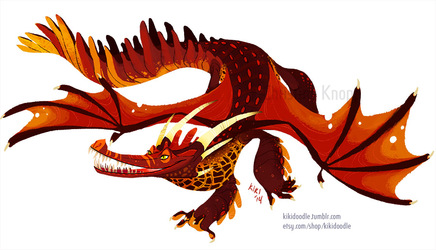 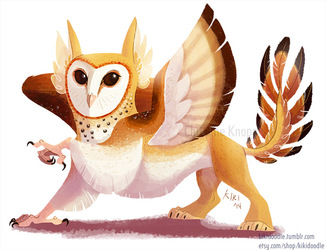 A sticker/magnet design of a griffon! This will be up on Etsy after Wondercon (or earlier if I get around to printing).

A spotted griffon. I think next time I'll think twice before I go "Lol it would be a nice idea to do a creature with tons of weird markings that require me to repaint them after the sketch phase!" I think this guy might show up again in a real painting later.