Cougar Sera lives in my mind rent free by Kibugamikenzo 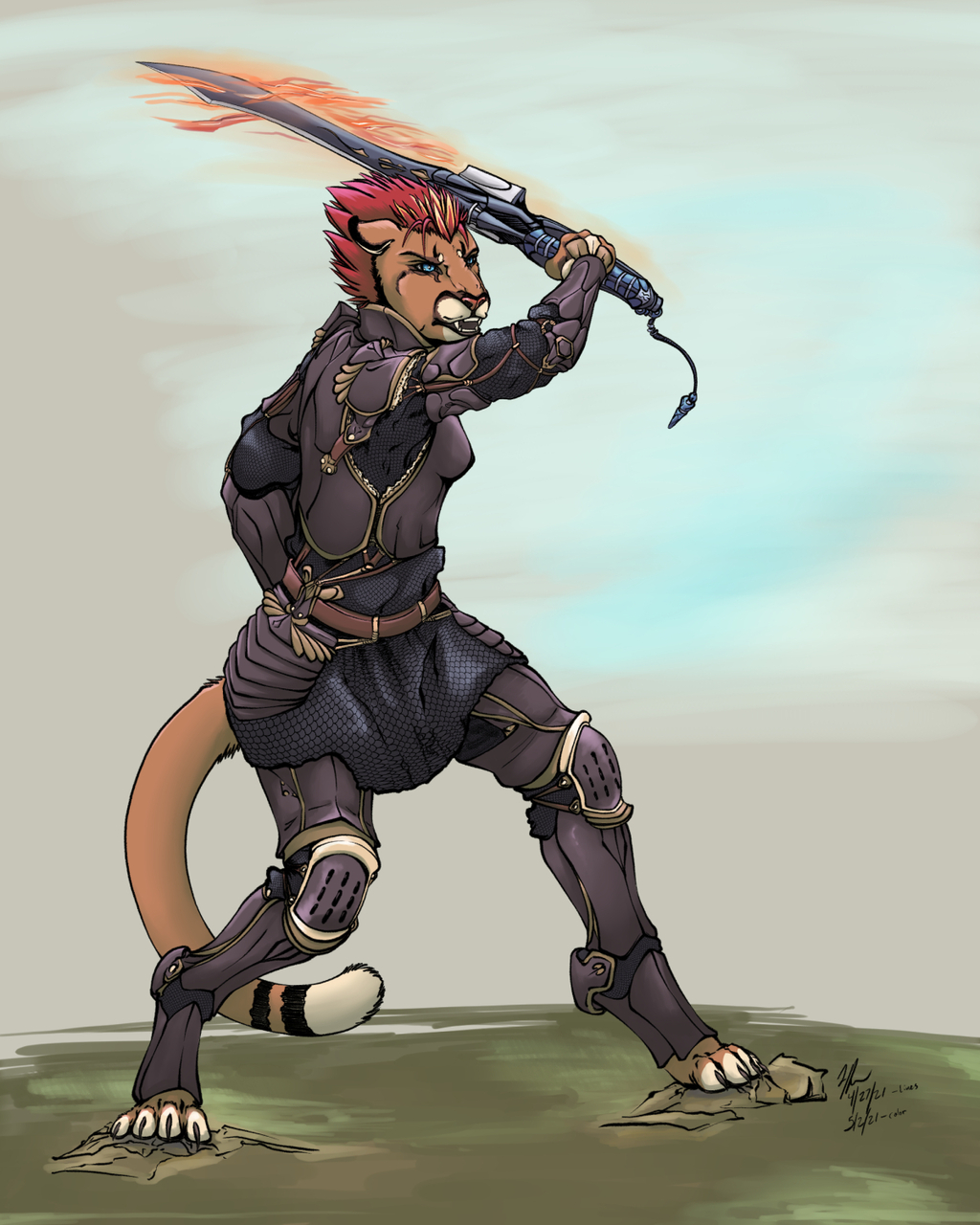 Never posted anything on this site, and figured this is as good a time as any to do so. I finished this last night and it's for my nephew.

I forget the specifics of what brought this idea up again after so long, but my nephew's had this OC for ever, tall, usually human, red haired warrior woman with resting bitch face. Back when we'd play the Prepare to Die edition of Dark Souls, he'd asked me to come up with a title card for something like a Youtube channel. It never really went anywhere, but the idea of her as a tall, red haired warrior cougar sort of stood out to me. I never got around to drawing it, the channel idea never really got out of planning phase. But I think the fact that after around nine years the idea was still sort of there, it's safe to say that the idea stuck with me. Sera Tarkin is a gunbreaker on Ultros most of the time, which is a bit of a switch for the more paladin like aesthetic he used to use back in the day, but she's still a feisty one.