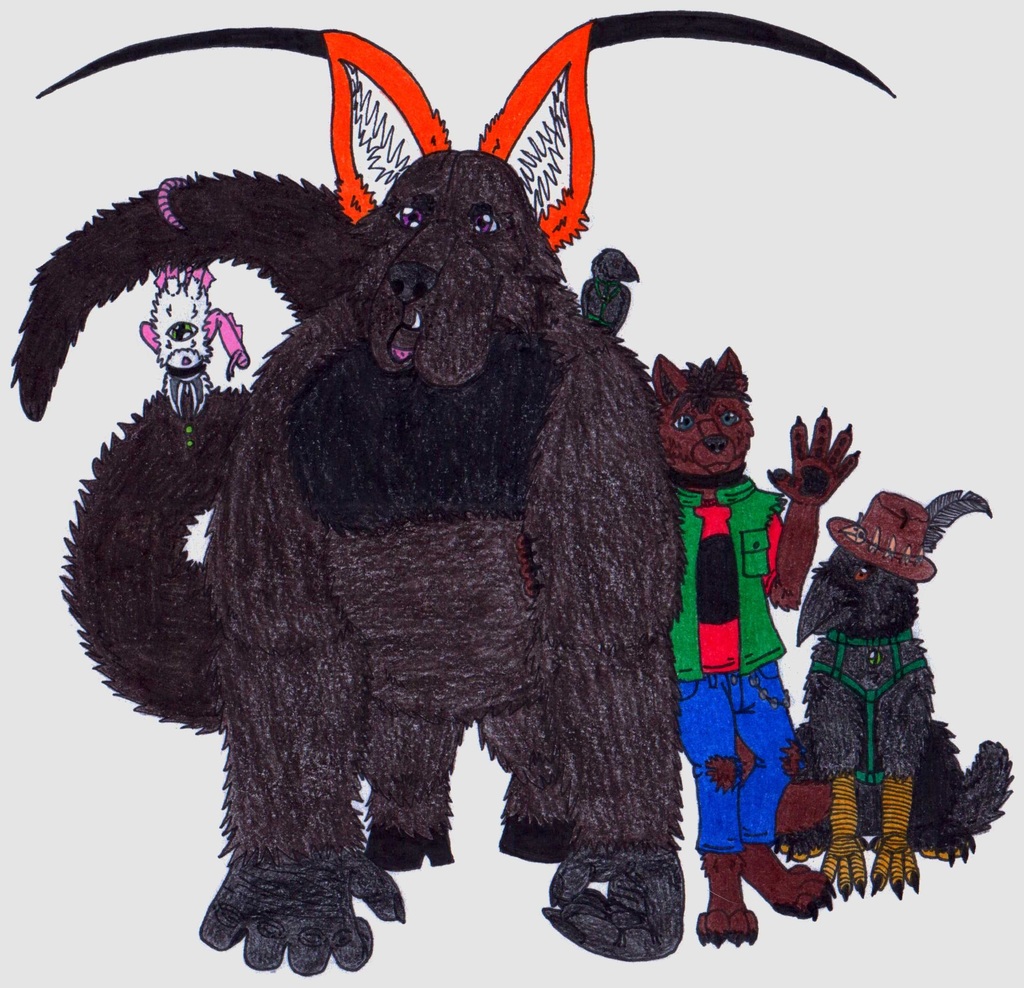 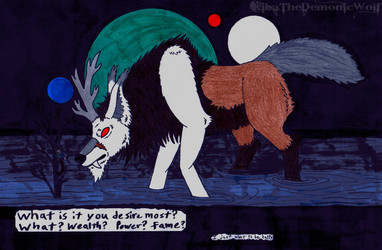 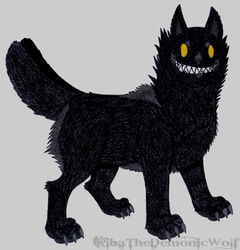 Bell's brown fur turned out a little darker then it should have, but all and all doesn't look bad.

Lucas is a demonic wolf and is the head of the main warehouse at HBW&LW Co.
he has four "pets" even though only one is an actual pet. Taaqi the raven, Pharaoh the valravn, Bell the Quigiwargen, and Loc (Thakilloc) the oblivion demon.
Loc is the one that makes Lucas into a demonic an the contract for Lucas to keep his powers is Lucas is not allowed to die, very easy contract, and Lucas is allowed to get rid of his demonic powers any time he pleases if he'd ever want to.
his curse mark is actually on his hand not his neck, the mark on his neck is to cure his hyperthyroidism, because he started to experience thyroid storm and Loc wasn't going to let him die. Only thing Lucas has now is a hypermetabolism, but he eats constantly so it levels itself out.
Lucas will eat just about anything edible, but has a big weakness for fast food burger and fries. He loves playing fetch with Bell, coming up with challenges for Taaqi to solve, and playing fetch with Pharaoh.

Loc is an oblivion demon, but he likes to stay in his smaller form and due to this was almost killed one night. Luckily he was picked up by a raven, Mr. Black, who took him to an eight year old Lucas who nursed him back to health. He's stayed with Lucas ever sense.
Loc makes the contract with Lucas when he's 16

Taaqi is a simple common raven, sense Lucas'es first pet Mr. Black was a common raven he jumped at the opportunity to own one again. This is the only one of his "pets" that's actually a real pet.

Pharaoh is a valravn, he had an injured leg and was almost starved to death when Lucas took him in and nursed him back to health. After that Pharaoh just kind of never left. He is very moody and hates everyone except Lucas. He loves his hat and playing chess though.

Bell is a quigiwargen who is extremely sweet and very gentle. She would never harm anyone unless it meant keeping people safe especially Lucas. She is extremely smart and likes to be kept busy, because she gets bored easily. She is sometimes used to scare new employees, but she mostly works in the warehouse moving heavy crates for Lucas.