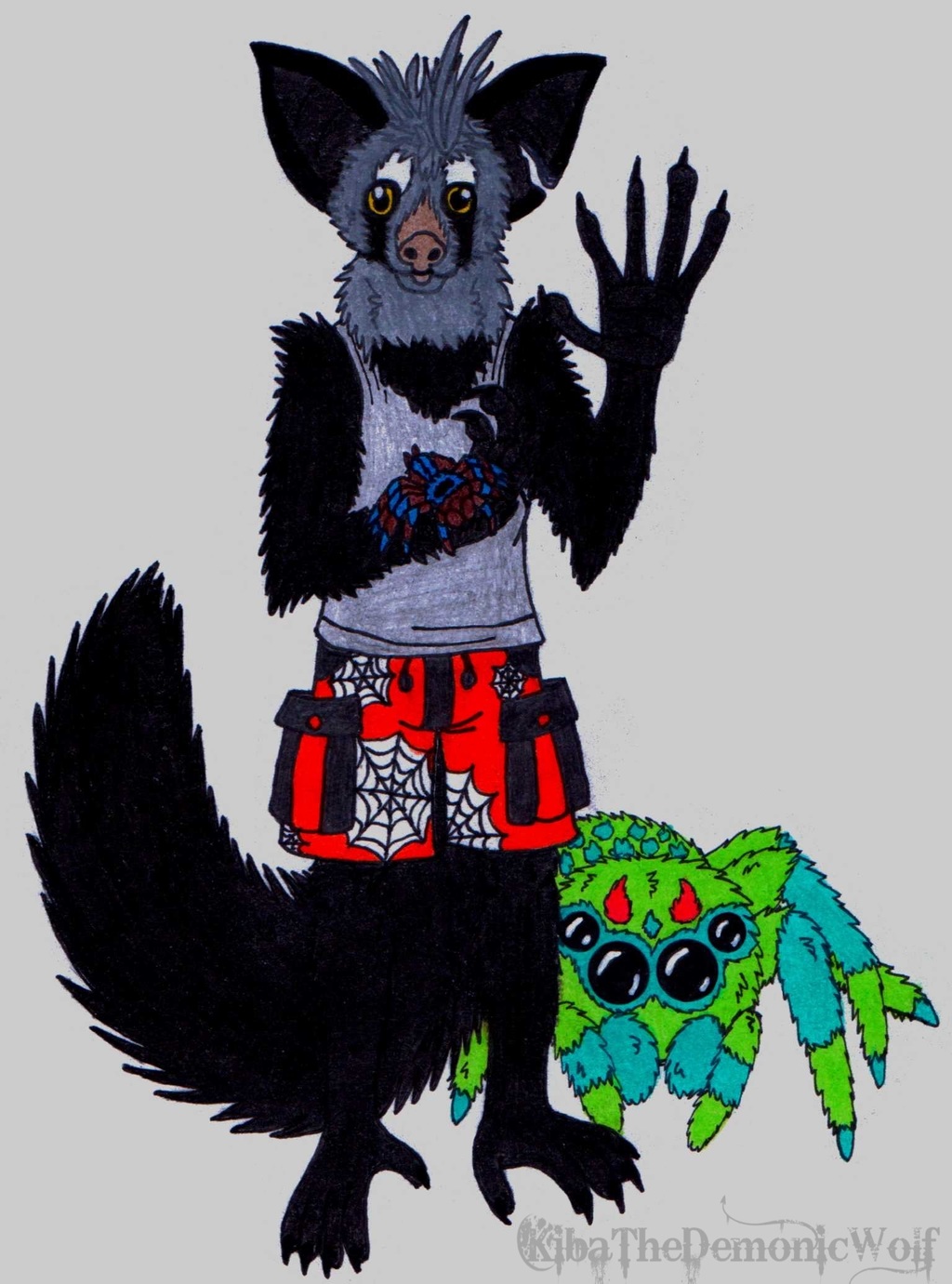 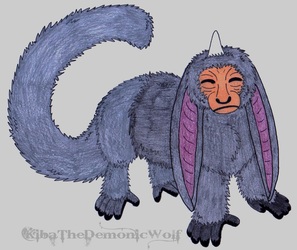 Dichali the aye aye with his two pets Webster the tarantula (the tinier one in his hand) and Password the jumping spider (the large one) both are genetically altered like many of the animals running around HBW&LW Co. but these two are Dichali's and are very loved companions.
not much can be said about Dichali at this time due to future spoilers. I can say he's a spider and insect lover and also has normal non genetically altered pets, due to being bullied about his appearance as a child he avoids one on one interactions, and he's almost always on a computer.

note: Password has dog dna which gives her a puppy like personality. She'll even play fetch and follow Dichali around. He's trying to train her to do other tricks to like stay and spin around.

also I love how this drawing turned out. I love how Dichali turned out and I am thrilled at Password sense I rarely draw spiders ever. I feel Webster could have been drawn a lot better though.