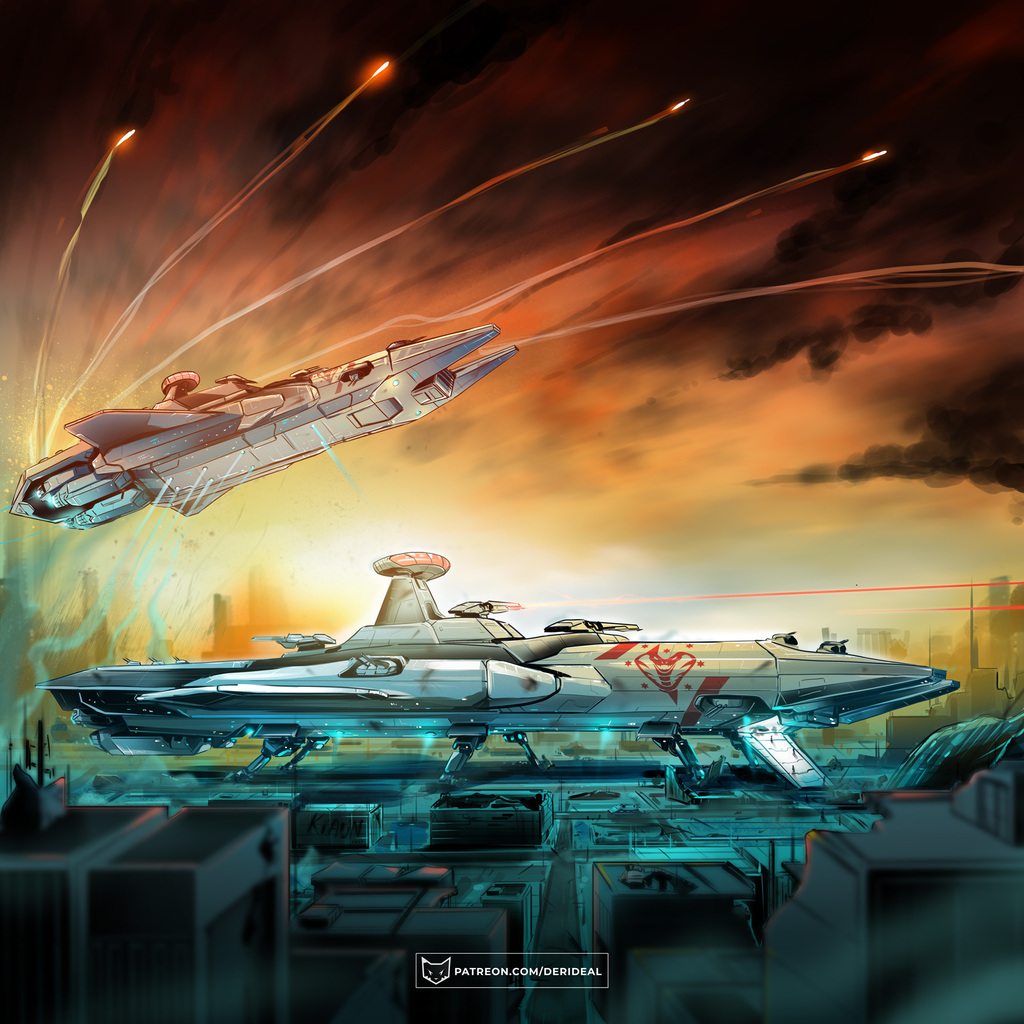 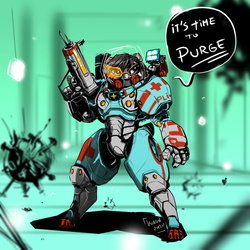 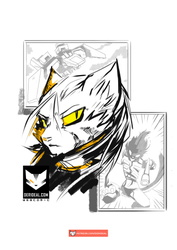 Bigger resolution of this picture will be available in Patreon.
https://www.patreon.com/derideal

Planetary Dreadnaughts are old Designs, firstly used before the founding of the Void Born Empire. Before the Fang-class Battleships where put into Service, this Ships where the most numerous in the Battleline. Thanks to their Modular design and Always build the up to date Systems, the Planetary Dreadnaughts soldiers on for now 300 years, even if ist place was pushed into the second line of Combat. Their Modular Design also allows multiple variants of it, Like a Carrier Version or a pure blood Battleship without Transport capacity. All Versions can fly in Atmosphere and land Planetside, making them one of the few Capital Ships who can do that.