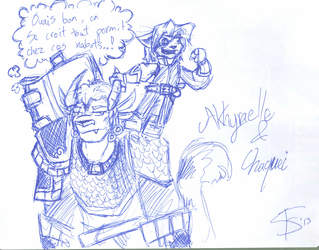 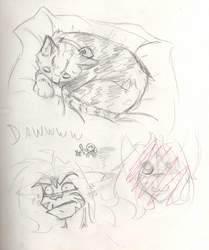 Another ink pen scribble done while sitting at the Manga Thé during Montreal en Lumieres.

"There's no such thing as too much eggrolls!"

Bit of an inside joke with my roomies; we were invited to make homemade eggrolls with my roomie's mum, but I ended up staying home sick, and then the other two came back later that night with, like, 100+ of the things. That was almost a month ago, and we're still eating eggrolls with every other meal.