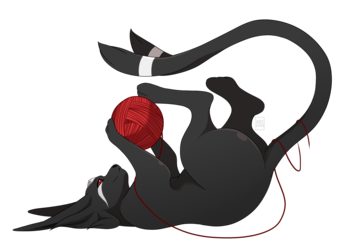 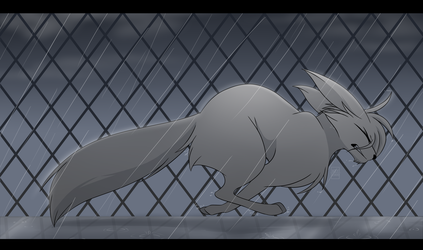 "You know...in some cultures, roses are symbols of pain...These in particular happen to be my favorite flowers. I don't fault you for not recognizing them; they are quite rare. So rare in fact, that they do not even have an official name...because I made them myself. I would be careful touching them...they are quite poisonous. I call them the Death Rose. chuckles Edgy, I know. But it is catchy, don't you think? Death...-Rose...One prick from them is enough to make you feel ill."

"I'd imagine it would be quite tragic if someone were to be thrown into an entire bush full of them..."

A portrait of my character Empress Yukia Hana (Yuki). I must say I have grown quite fond of her new design. Mine God, this file is bigger than usual. I try to compress my layers so that files don't end up too large, but it couldn't be helped this time. I had to do a lot of layer gymnastics because of all the roses.

Indeed Yuki's favorite flower is a particular kind of rose that is highly poisonous. She made the species herself and her room is heavily decorated with them. It isn't very often that someone is invited to the Empress' chambers, but if you were to enter, you would be met with red-tented walls, dim lighting, and a scheme of these dangerous roses hanging everywhere.

For those of you that might have missed the sort of morbid pun, she calls them "Death Rose" because it sounds a bit like "Death Throws" :) As in the final spastic actions one's body will perform usually when they are under the effects of a painful toxin.