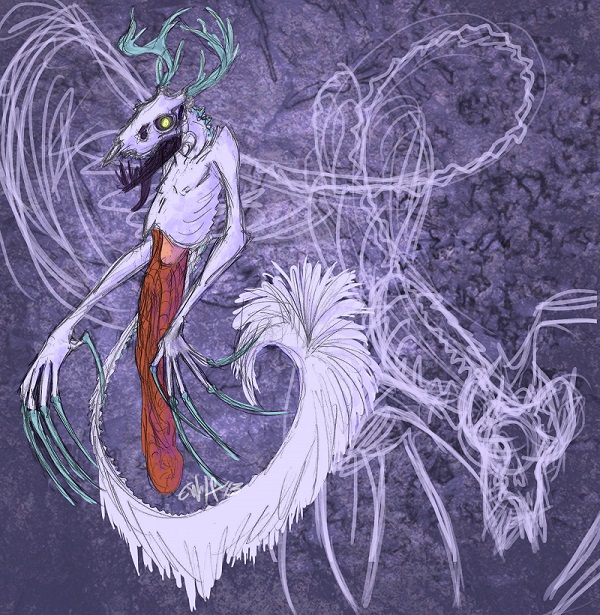 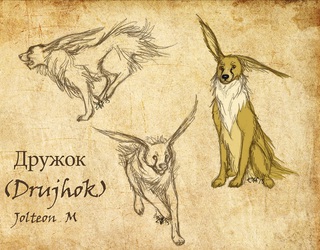 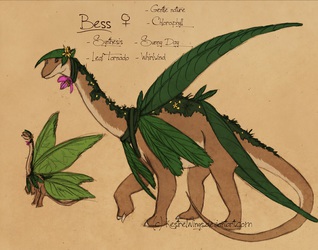 Most of my friends know that I'm a nut for folklore and this tends to extend to my design ideas--Froslass turned into a wendigo, a creature or spirit from Algonquian legend. It's a nasty, malevolent thing with an insatiable hunger for human flesh, and it's said that humans that practiced cannibalism could be possessed by a wendigo and become one themselves. Wendigos are nearly always associated with cold, winter, and famine, and they are never satiated.

Likely not all Froslass take this form, individuals born and raised in captivity probably look far less threatening and have less harmful habits, though given their inherent nature as a ghost type trainers probably still have to take precaution when they decide to add a Froslass in their team (cropping the antlers or horns is a common measure to help keep their power in check). It is not known why they always seem to be female, but residents of wintry northern areas like Snowpoint City in Sinnoh still whisper fearful tales of hearing a woman's voice carried in the winds of blizzards. There are a lot of ways someone could disappear in a snowstorm and never come back.