[SL] Fly The Flag by KeryoWolfe 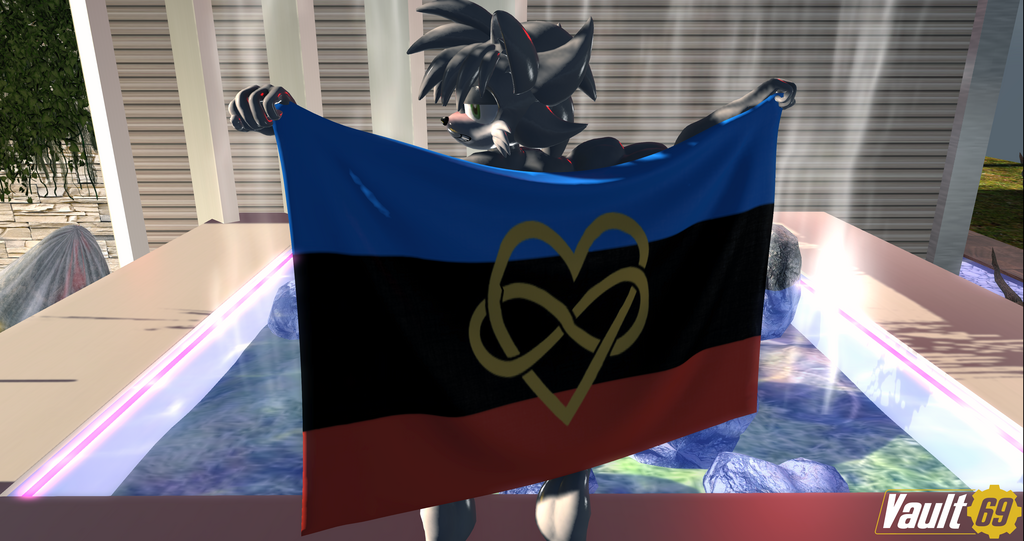 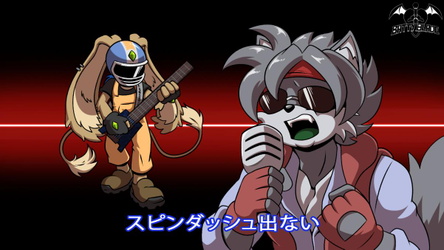 This was something that I was struggling with for a long time. This might come as a surprise to some people while others are probably going "I fucking knew it". But me myself, I didn't really know or understand what it was. Why was it so easy to open my heart to more than one person? Why did cuddling and fucking multiple people feel normal and ok? For years, I just assumed when I did this, I was just being a "stud" or a "playah" or something. And it was mainly on SL, so I thought it was just harmless horny fun, y'know? But over the past 3 years, those situations started happening IRL. And it started manifesting the question of "why does this feel normal?" on a more regular basis.

2017 was a bit of a crazy year for me (though let's be real, probably nowhere near as crazy as 2020 was and still is for all of us). I was turning 30 that year and things in my life were best described as "stable but still unhappy". I had a good job, was making good money (but that didn't mean shit as I lived in Florida where it costs an arm and a leg to pay for 1 month rent), but i still felt unhappy. During that year i had a couple of one night stands that I wouldn't really even call that. They were more like all day cuddle sessions that happened to have sex peppered in. But the fact that I was able to be that affectionate with these women so easily made me wonder "Why?". This thought would come up every so often from then on out.

About a year and a half ago, I wrote a journal on my art pages that talked about this, and while I kinda felt this was the right answer, I stated that it was only in an SL sense. I was still 100% unsure about how I felt about it IRL. Not to mention I had just started dating Honki and I didn't want to assume something that maybe wasn't what I was feeling at all. So I had left it at that.

Fast Forward to current day. The pandemic happened. I lost my job because of it. and now I have way too much free time on my hands. Ergo, more time to think. The thought was there, but now more than ever. I didn't know what to make of it and it was driving me crazy. That is until I talked to a very close friend of mine. I had known her for years on SL and I had finally met her in person at the tail end of last year. She was polyamorous herself so I decided to ask her some questions about it. When she explained to me how it was for her, it matched up to how I felt in the past regarding it. After that, I did some research (which is very rare for me, usually I'm too lazy to put in effort like that) and some soul searching. And it became clear. This is who I am. Once I came to the realization, I decided to make it known. So here we are.

So it's out there now. I'm polyamorous.

So... what's next? Does that mean I'm gonna start building my all female harem now?
No, actually.

While yes, I can love multiple women at once, that doesn't mean it's obligatory for me to do so. For me, HonkiJonstone was, is and will always be the love of my life. That will never change. If anything, I could never have another girlfriend, unless she approved of it. I made it a point to tell her about this before I went public, because I wanted to be upfront and honest with her. She is my everything and I wanted her to know that this wouldn't change how I feel about her or anything. Even though I'm poly, I can still be a one woman wolf. And while she's still kinda struggling with the concept, she's been very understanding, which tells me, if anything, that our relationship is going to be stronger than ever before.

Now if I could get her to embrace nudism now, that would be awesome. XD

All jokes aside, this is a big deal for me to come out and say this. I've always made it a point to be honest and open about everything to you guys and being able to tell you guys this is a joy, a relief, and a burden lifted off my shoulders. It's meant the world to me that you guys enjoyed my photos over the years, so it also means a lot that I can be upfront with you all about this. Thanks for being so supportive of me just being me all this time. It means the world to me. Thank you so much.