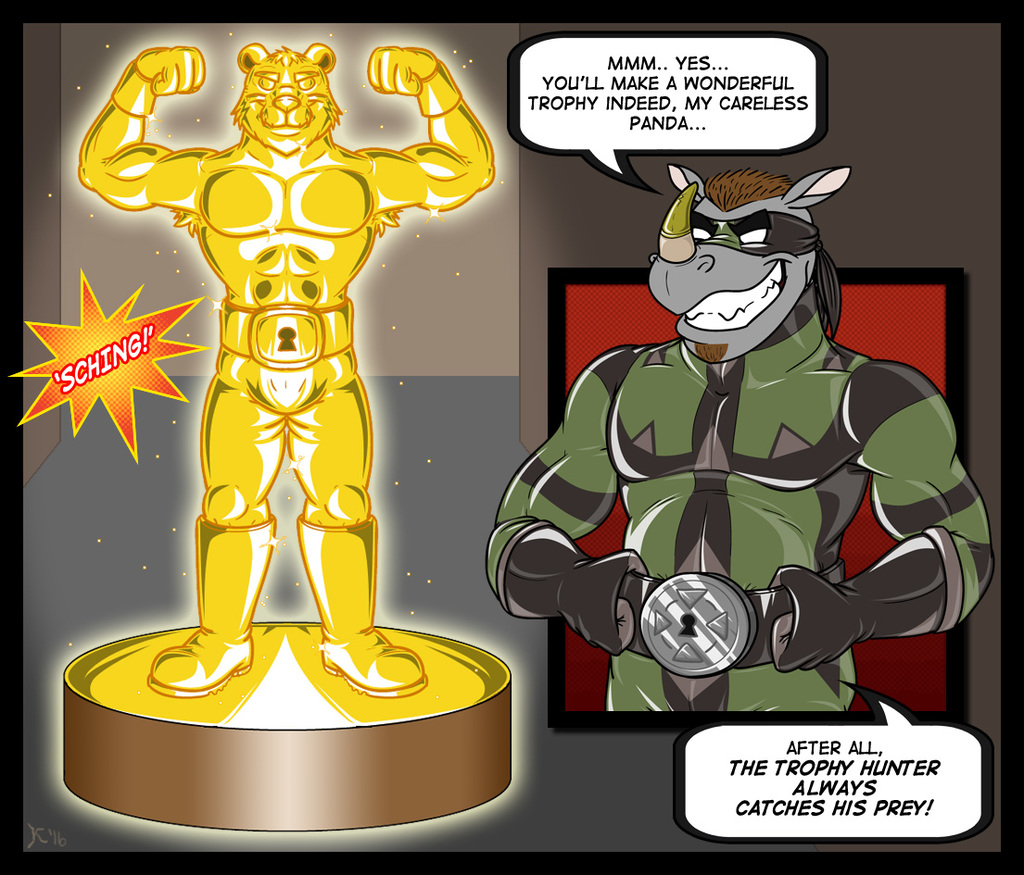 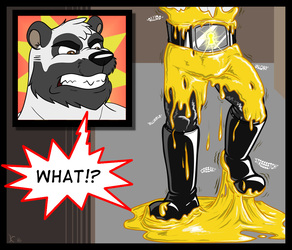 Page 2 of a mini-comic for greencubus.

It doesn't take long before Aleix is completely covered in the metallic goo, the substance solidifying quickly into a forced flex pose. But ah, it seems the villain known as the Trophy Hunter had been watching and waiting for his chosen target to become captured! Proud of his catch, the Trophy Hunter now has a lovely golden panda trophy to grace his collection.