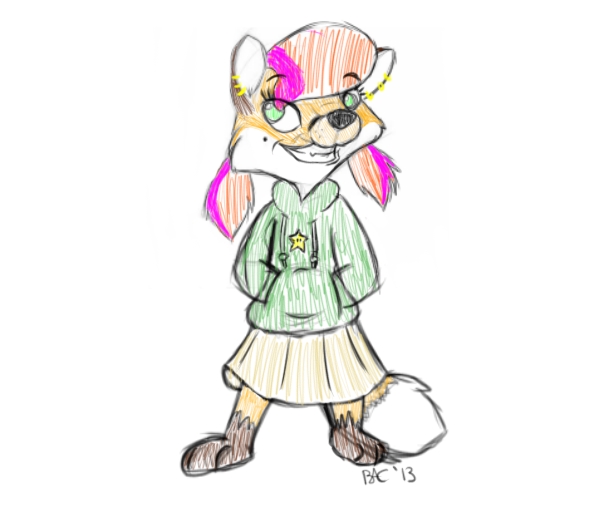 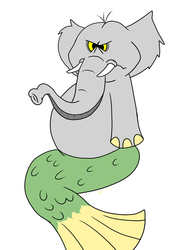 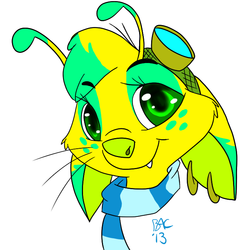 With Kazi and Maybe shifting down to "real mice" sizes, I decided to come up with a new character, who can interact with other "normal" sized characters when a situation calls for it. I've tentatively named her Persephone, she's 11 years old, and rather tomboyish. Her mother tries to get her to act more like a girly girl, dressing her in skirts (which she hates), but she would rather be playing wiffle ball (when the boys in her class will let her). Much to her mother's dismay, she dyed a rebellious purple streak in her hair. She attends the same school as Kazi and Maybe.