The Eternal Flame, also known as the Burning Spirit, is the elemental
deity of fire and one of the three gods of the sun. It is believed in
archaic cultures that the Eternal Flame ignited the sun each morning,
as well as ignited the soul of each newborn child. In modern
spirituality, it is believed the Eternal Flame, in conjunction with
the Light Within, the deity of light, birthed every star in the
heavens. Elementals of fire, like most common elementals, will
usually realize their power at the Age of Discovery, when they are at
least ten Passes old, though cases in which a child has realized
their elemental ability at birth or early age have occasionally been
recorded.

When a child reaches the Age of Discovery and can choose to enroll in a dojo
for training fire elementals, they are taught that their flames are a
part of them and to think of them as an extension of themselves when
practicing martial arts. Though less spiritually-focused than other
elemental disciplines, it is not uncommon for fore elementals to
practice meditation as well as physical exercise to bring their soul,
and their fire, into absolute focus. They meditate by holding a small
flame and breathing rhythmically, the idea being to keep the flame
from going out while they lose themselves in its energy. Usually, the
final exam of a fire dojo is for the student, at the Age of Rights,
to hold their flame in both hands and push it into their body without
burning themselves. This is a dangerous rite, as the student may
suffer third-degree burns or possibly cause their heart to burst if
they are not entirely aware of their flame's behavior. The ceremony
represents the oneness of physical incarnation and spiritual gift of
the Eternal Flame

On the day of the Summer Solstice, the Eternal Flame is one of three
elemental deities of which the Festival of the Sun pays homage to
each year. During the festival, a large pyre is built in the center
of each town and offerings are thrown into it, usually crops and
herbs, and other things which the sun makes possible, as a way of
giving some earthly experience to the Eternal Flame. On the
archipelago of Vulcania, the Eternal Flame is viewed as a patron of
the mines and the forge, a tradition blacksmiths honor the world
over. In the Hywind mountains and polar regions, the deity of fire is
viewed as a symbol of life and hope, and is often portrayed in
ancient scrolls as the passionate mate to the ice deity, the Veil of
Winter, which is also depicted as a maiden of contemplative nature.

Priests of the Temple of the Flame are usually accomplished martial artists
as well as passionate speakers. It is not uncommon for a Temple to be
full on the day of worship simply because listening to the priests
tell elaborate stories of the Origin and other elemental gods, as
well as of their own patron, is thought to be an exciting event even
for those not inclined to spirituality. In times of conflict, the
Flame Priest is often called on to negotiate between two peoples
because of their reputation for passionate speaking, as well as their
discipline in honest objectivity taught by their order.

It is often expected that, like earth elementals, fire elementals will take
jobs as blacksmiths or metallurgists, though their abilities also
make them invaluable soldiers in times of war. In desert regions,
fire elementals are commonly glass makers, as well as caravan drivers
for their natural resistance to heat and dehydration. The more sordid
types tend toward mercenary work, and some prefer the military,
knowing they will be highly valued in times of war. Untrained fire
elementals can be dangerous as, like with all energy-based
elementals, their abilities can be influenced by their emotions.
There is a tale of a man so incensed by his love's dismissal of him
that he burns down his entire village in one burst of energy. This is
a common folktale told in the Temples to young children to discourage
them from letting their powers overtake them.

As is possible with all common elements, if an elemental does not use their
abilities, they are likely to lose them by the Age of Rights. Those
born of the fire element but whose powers are weak from disuse still
exhibit the characteristics common to their element, such as charisma
and passion. It is thought that fire elementals are bred for the
social stress of politics, and an old belief the first fire
elementals were nobles.

The home-region of fire elementals boasts flora which creates a chemical
reaction inside its petals to produce a flame in the summer months.
This flame is its way of keeping insects from eating it before its
seeds are fully grown. Species inclined to the fire element are
vulpines and small rodents, as well as many species of birds. There
are reptilian species which dwell in volcanic regions that miners
often tame for their ability to sense an eruption or for their
special sight which allows them to find rare metals that give off
energy and are especially useful in forging elemental weapons.

Folklore tells of a bird made entirely of fire which follows the sun in its
path around the planet. It is said this bird gives blessings on the
Solstice every year and guides souls of warriors to the next life.
Another tale speaks of a mighty dragon which dwells in the earth and
who lays eggs which hatch his offspring, and when they are ready to
emerge, they erupt from mountains and turn them into volcanoes.
Cultures centered around the earth element also believe this dragon
to be the cause of earthquakes when it roars.

In modern times, the fire region is the center of mining and metallurgy
in the world, supplying military-grade weapons and metal tools
intended to last a man's lifetime. It is in political conflict with
the Region of Light, as it is the home region of the cult known as
the Phoenix Slayers, a terrorist group dedicated to hunting phoenixes
and bullying civilians into their cause. The Region of Water also
holds a tense relationship with the Fire Region for similar reasons,
as well as the newly-appointed Regional Leader showing support for a
southern island of mixed elemental alignment known as Locke Isle who
have been suspected of weapons smuggling by the other Leaders for
several months. Controversy in the region has led several families to
seek asylum in neighboring Regions until the tension dies down.

Fire's opposite on the Wheel is ice, its two neighbors being light and
lightning. Fire was one of the original five elements in the Timeless
Age, as well as one of the two prime elements in the composite of
lightning. The month of fire is is called Pyrus and is the
middle-month of summer when fire's constellation is aligned with its
head Temple in the Region of Fire. It is unknown whether or not the
element of fire or ice is more powerful than the other, but
regardless of birthplace or ethnicity, brave heroes in sporting
advertisements and political propaganda are usually shown as fire and
ice elementals battling each other – which side is considered the
protagonist often varies with regional origin. 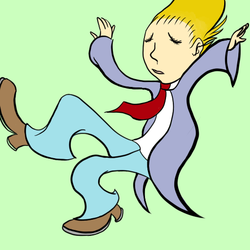 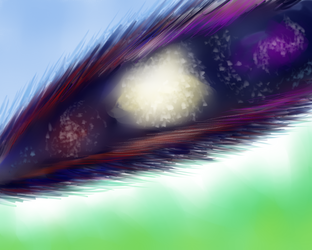 I know it's not a conventional story but I also don't give a shit, bite me.

Trying to motivate myself to do something besides feel awful because I can't draw and all my art lacks focus on a canon which is something I really want it to have.

It was so frustrating just trying to upload this stupid file somewhere just because ODF files aren't accepted anywhere that it has actually taken part of the fun out of doing this away. Thanks a lot internet, you bloated bitch. I'm doing this shit in PDF format from now on.

I like being spontaneous, dedicating myself to a task usually ruins it for me, but I recognize this as a problem and am trying to fix it with short stories. I hope one day I'll have enough built up to write a novel or something.

I hope someone enjoyed this even though I am feeling very much like it's not much of anything except a manual.