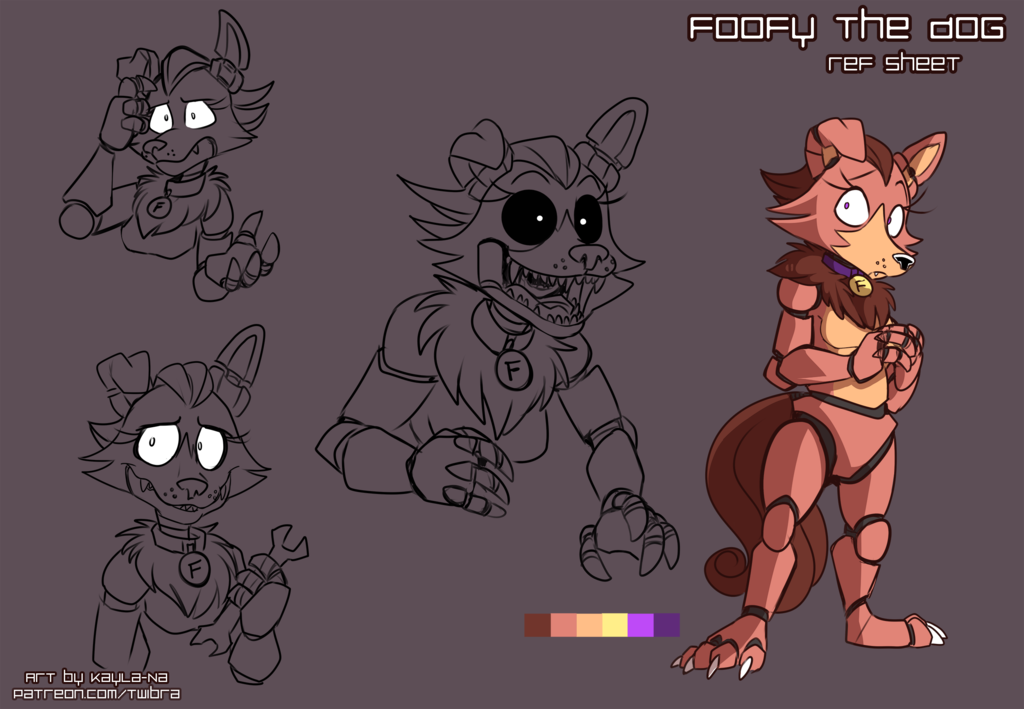 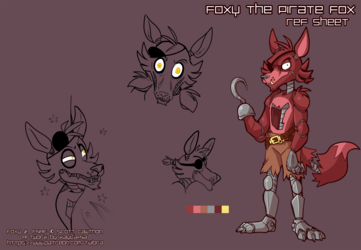 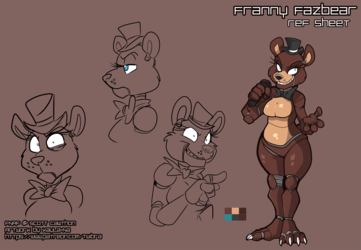 Ref sheet that I created for Foofy. Foofy the Dog was originally supposed to be part of the "toy" animatronic series, but her line got scrapped early on, so the only thing left of her legacy is the proto-type. The protoype has had..'issues' on terms of facial recognizing programming, and glitching, so she was consequently put away for good.

The robot now serves as a vessel for the ghost of Julie Sanders, a Freddy Fazbear employee that disappeared while she was doing graveyard shift at the pizzeria.

Foofy experiences fits of memory loss due to her faulty programming, and Julie's ghost 'clashing' against one another. This in turn, makes her unpredictable, and sometimes aggressive towards people.