Full Cycle by Tanraak by Kauko 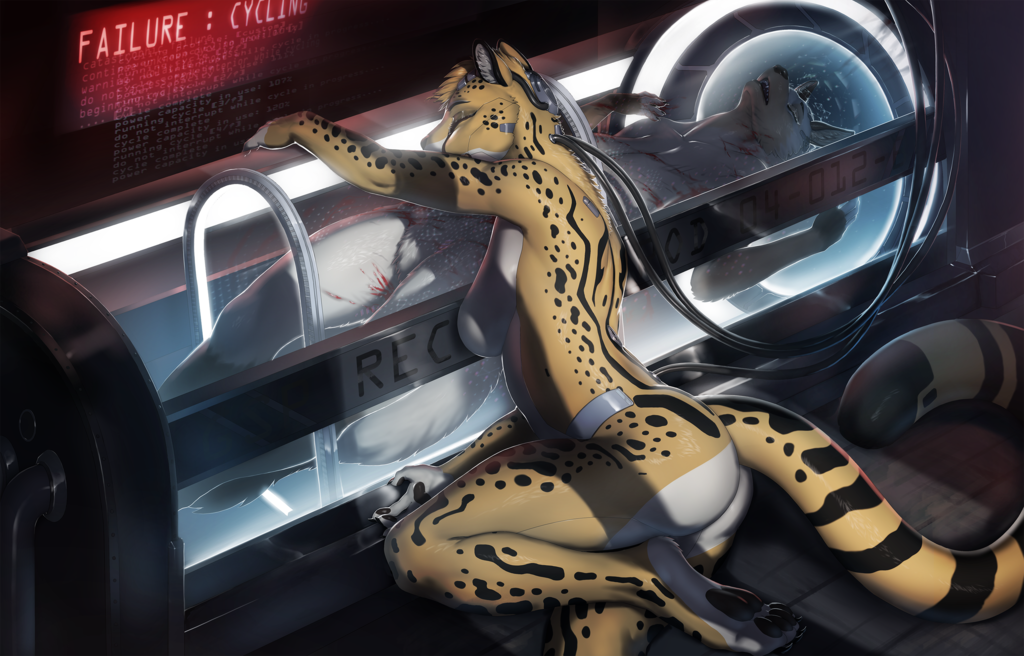 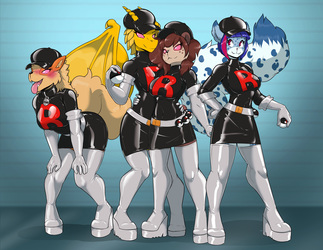 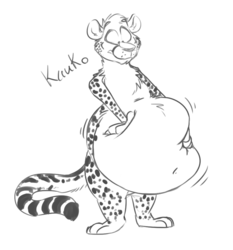 Kauko took painful, staggered steps up to where her ship was hidden, forcing her way through the brush before slumping up against the outside of the airlock. Her breathing was ragged, an arm wrapped around her torso as the other tried to operate the interface outside the door. Whatever those weapons were, they stung - and were causing her repair systems to fail. The door gave a hiss and slid open, the wolf rolling her weight across the hull before tumbling inside. She forced herself back up, gripping a handle on the wall, as she let the door shut behind her and she scraped her way down the central hallway towards the spare room on her ship.

The white wolf brought herself forward, each breath sending spikes of pain through her body, especially over the cuts still bleeding from where the weapon hit. Her vision started to blur, her mind raced. From the outside they only looked like glancing cuts, but the pain and corruption into her biosynthetic body ached deeper than that. She laid her eyes upon the recovery pod, specially designed for her kind to repair their artificially organic bodies. Normally, this amount of damage would be gone in a couple hours, but she was worried it would take longer. And she was right.

She pulled herself up and over the edge of the rectangular box low on the floor, before falling into it, the artificial gravity catching and centering her. The wolf's entire body felt like it was on fire now, as her paw scrabbled at the side wall at the controls for the pod. If she let herself shift to recovery now, they'd just find her ship, and her. She couldn't let them have what she'd found. Keying in a command to the control pad, she started a remote control session of her full-synthetic body.

On the other side of the room, a pair of orange dimly glowing eyes opened. They opened to the sight of a recovery pod, with a hurt, bloody wolf in pain as the door above the pod closed. The pain was a dull ache, now, but even as she stood, her mechanical king cheetah form buckled as a wave of dizziness came over her. Her body wasn't going to make it much longer, she had to move out of it before it went down for a cycle. She'd lose a whole day, that can't happen. Another step, and another, she forced herself to move across the room as things as she could feel her real body starting to go numb. The remote control wouldn't hold if she couldn't stay awake..

She made it to the pod, and slumped over top of it, finding it difficult to think hard enough just to make it move. Her arm reached over towards the panel at the back of the box, grasping at the connection cabling, and drawing it to the back of her head. She was thankful the connectors were magnetic, snapping into place as they met the ports on the back of her neck, and could feel a buzz as the connection switched over to direct control. She ordered the system to immediately sort and transfer her to the synth - the last thing she could think to do before unconsciousness took her.

Kauko woke a few minutes later with a start, sitting herself upright. She'd thought for a moment that she had dozed off, before focusing her eyes to a "FAILURE: CYCLING" notice projected on the wall in front of her. She looked down. The wolf, still injured, secured in her pod. And her, inhabiting the synth body, now fully transferred. The pain and haziness gone. She stood up, making sure the transfer had completed successfully before pulling the cables from her neck. It was time to get very far away from this place, while her organic body had time to recover.

Story is by me, this absolutely amazing art is by tanraak