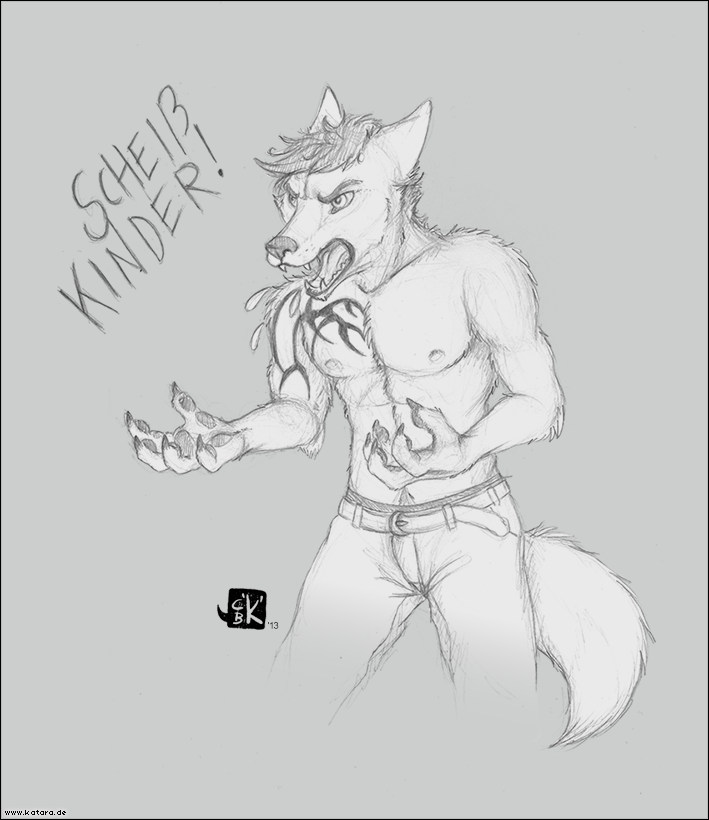 Just a sketch I did at the Art-Jam...

In my opinion "Fack Ju Göthe" is one of the best german movies this year.

And I'm such in love with Zeki Müller - a bank robber who buried his stolen money on a building lot. When he got released from prison, a sports hall of an integrated school was build and the money lies under it. So he decided to take a job at the school to dig for it unflashy... he became a substitute teacher. But he hates kids and the teens in his class are just dickish – So Herr Müller tries to get respect... with violence, paintball guns and a little bit of love :]

If I'd have had such a teacher when I went to school... Oh my... He's sooooo freaking handsome! <3

The movie is quite funny, but also so sad that it's reality in german schools (not the teachers, but the kids!)...

I know it's german.. and everything only makes sense in german, but you should watch the trailer anyway.. because of handsome Elyas M'Barek :3

You're NOT ALOWED to use this artwork in any way!