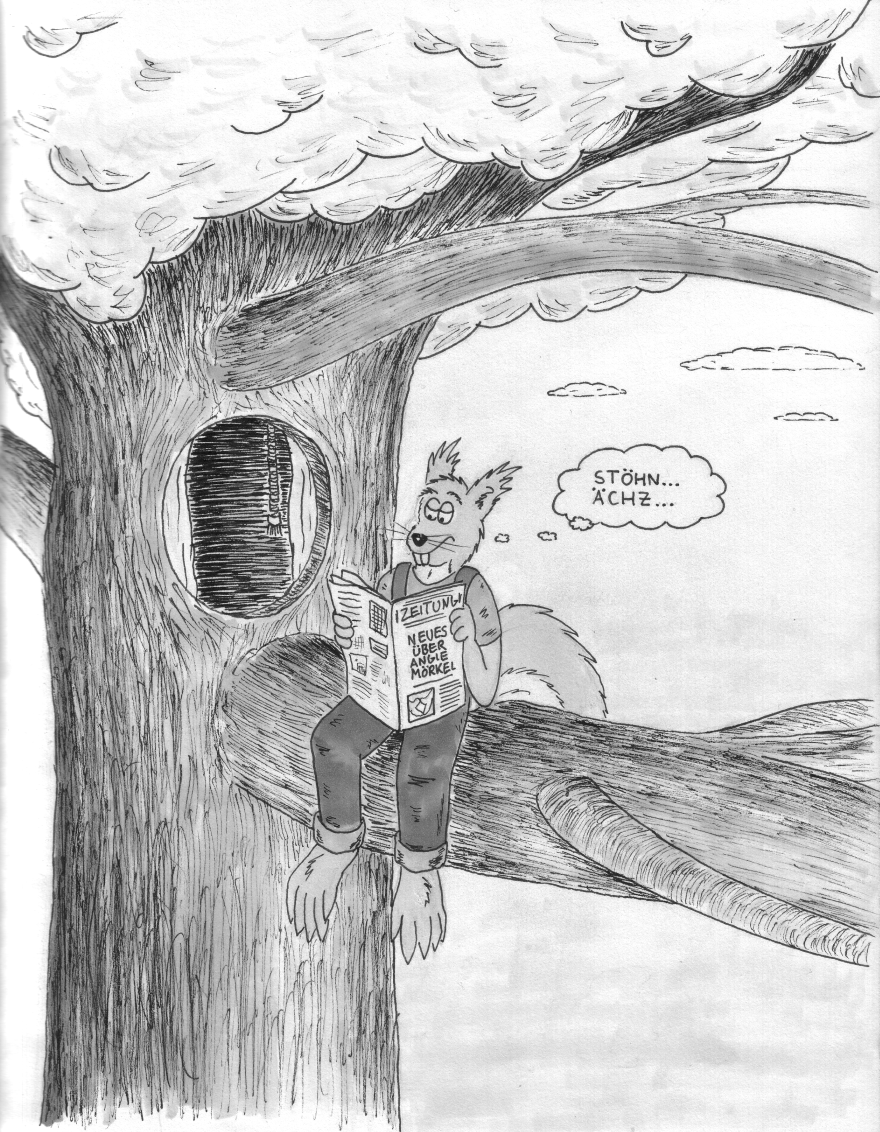 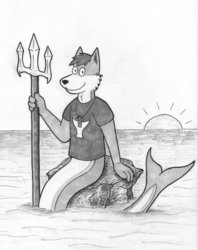 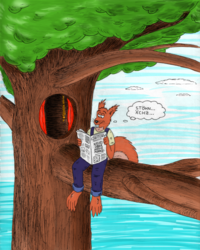 When ArnoldCoon expressed his sadness that nobody would draw his squirrel character Squibb, I offered to try an rendition of him. Besides, I never did a squirrel before, so I saw it as an opportunity for practicing.

I finished this more or less a couple of weeks ago, but always meant to doctor a little more on it... but there's just as far as you can go, I guess. scratches head Either way, I messed up the tree by overtexturing it, and that's something you can't correct traditionally. :P And I'm not terribly keen on "correcting" the picture into an even worse state. lol So there you go.

And thanks to an experimental mood I found myself in I did a colourized version of it. Which opened up some other problems for me because my b/w trained brain just doesn't get colours, but eh. At least I tried. So... it's really up to you which one of these two you prefer! :)