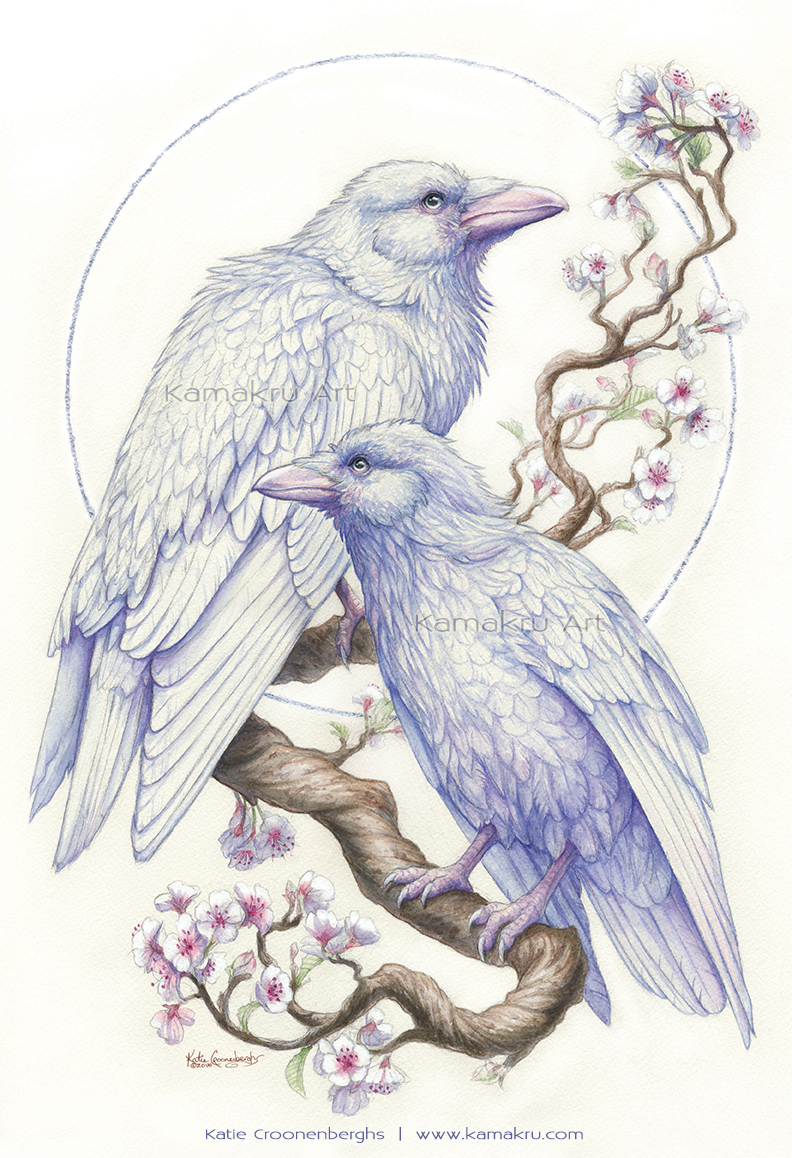 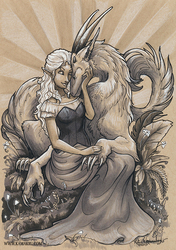 I've been wanting to create another full sized painting for a long while, and after a few weeks of finishing nothing beyond a sketch due to convention prep, I was starting to go a little crazy lol.

My sister and I were talking a while ago and she mentioned a white raven and that led to a pair of white ravens. I imagined a softly colored illustration depicting two white ravens with white flowers around them.
When I started researching white ravens, I came across the difference between Albanism and Leucism which I thought was fascinating. You can read more about it here: en.wikipedia.org/wiki/Leucism

I like to think of them as two rare individuals who somehow, against all odds managed to find each other.

I will have prints available (and perhaps the original with me too) at Denver Comic Con in June! I am in the Artist Alley at table AV225, near the Copic Booth. =]