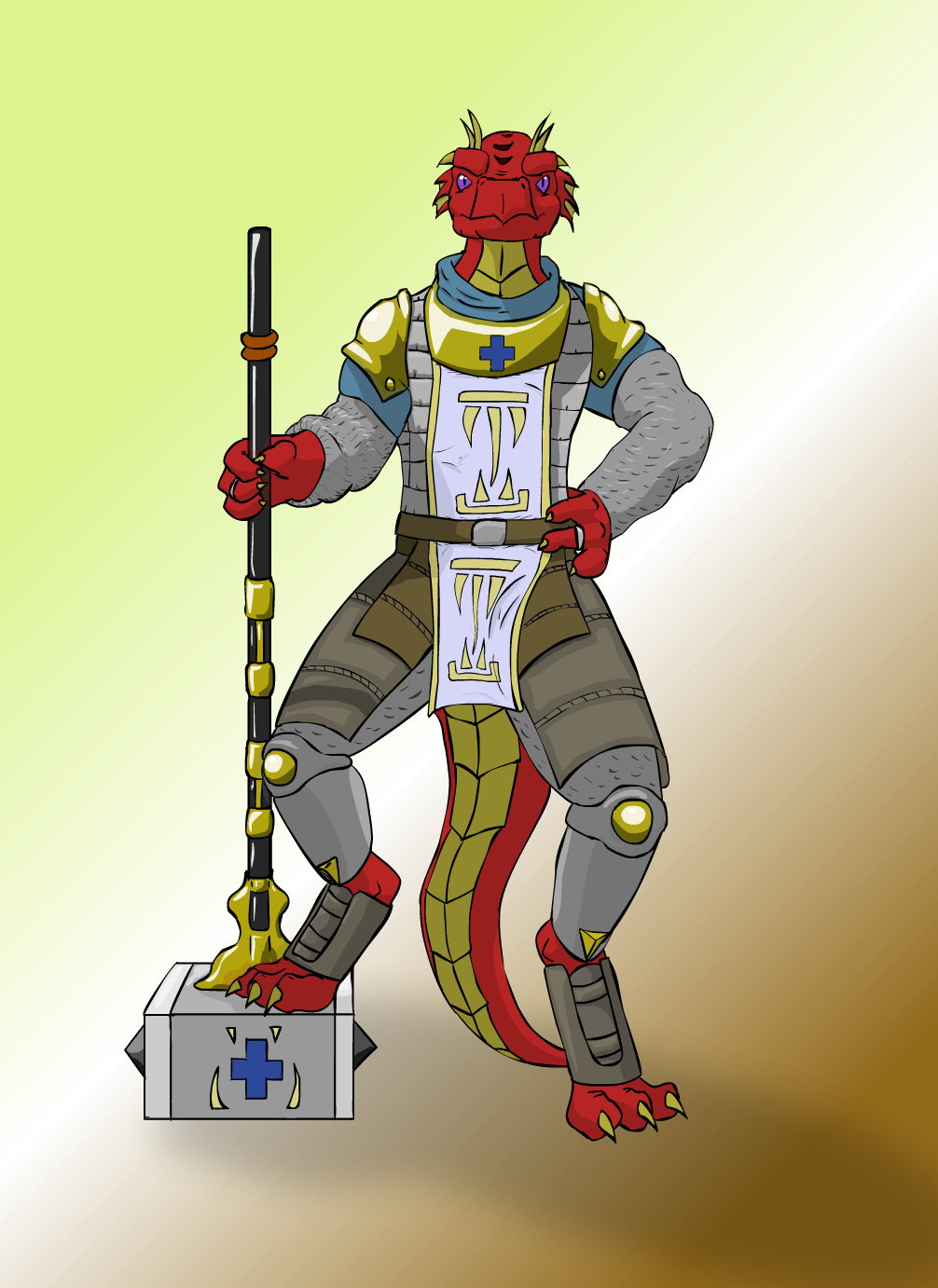 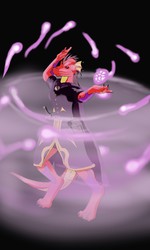 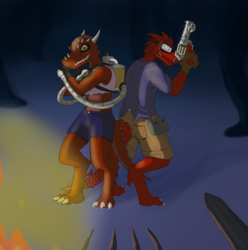 Nekolos grew up with his somewhat volatile half-red dragon mother, Taras; his lizardman father, Sekkron; and his siblings Shastral and Tareas. When they became old enough to hold a weapon they were trained in martial weaponry by their mother. But Taras was dangerous at times, violent towards the children and Sekkron from time to time, as red dragons are known to be so. Nekolos was good with two handed weapons, but seeing the bruises and occassional burns on his family upset him, so he decided not to be a fighter anymore and took on the mantle of being a Cleric to heal the increasing number of wounds he and his family sustained.

I really really need to work on my speed. And my anatomy, which I had to fix before even starting to color. Oh well! Special thanks again to Coolersk and Casanova for making me remember this.