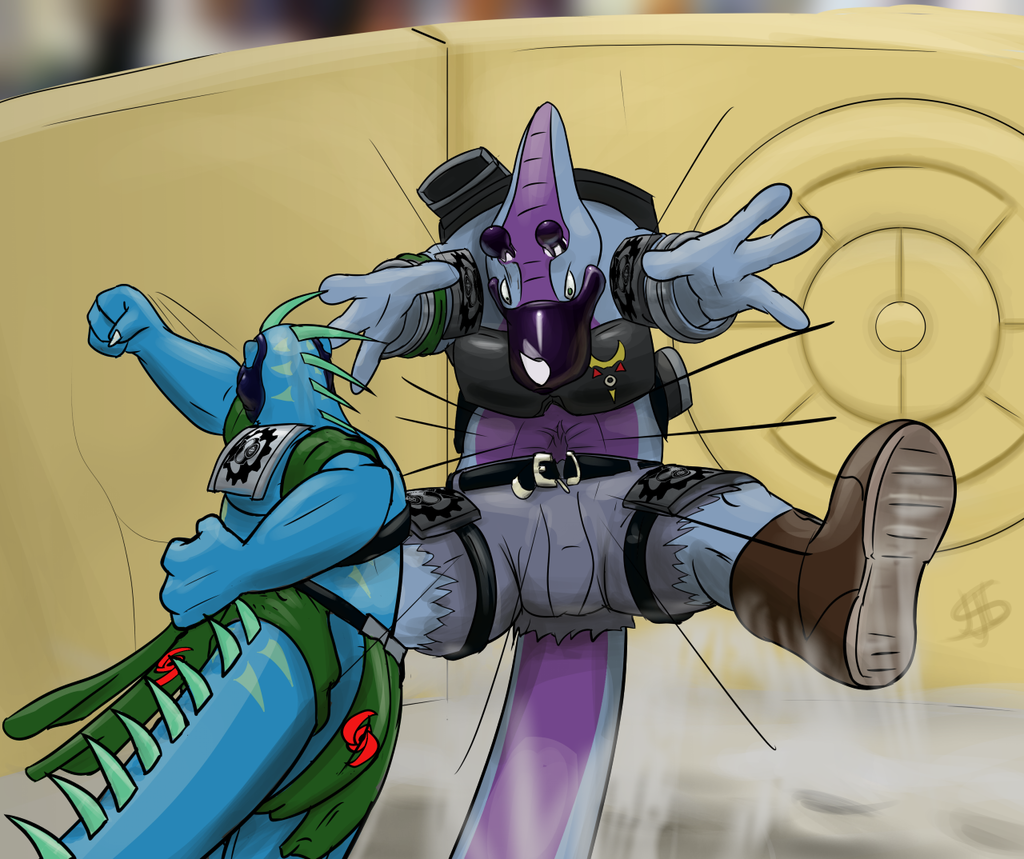 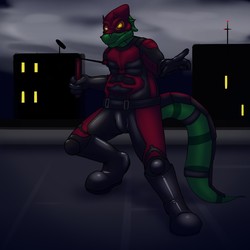 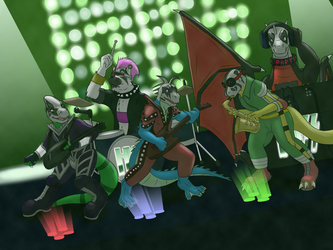 Kaliak isn't doing this because he wants to, he's doing it because he has to. He either competes in the arena, or he serves a near-lifetime of slavery to pay off debts imposed by tyrannical R'Shast rule. He also fights to be free of the mask on his face that controls his speech and controls his ability to perform simple tasks like eating. If he refuses to fight, not only are there fines, but the mask itself can be used as a torture device.

The R'Shast he's up against has the same fate, though he finds the small lizard he thought would be easy pickings to be far more fierce than he ever imagined. It only took one punch to end his thoughts of a successful career within this arena.

Pose inspired by a frame from the popular anime known as One Punch Man.