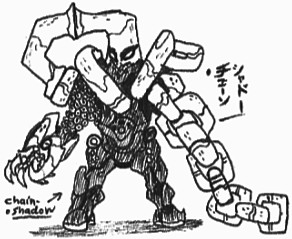 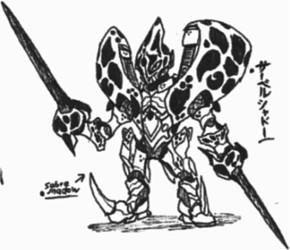 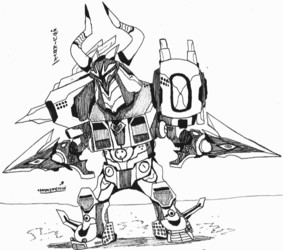 designated NoHa 1023-3 (ノハ1023-3), is armed with the Cross Coffin that he uses to kidnap people and drain their Imagination away, after first disabling them with his chains. He converts the Heiwadani (lit. "Peace Valley", modeled after Kazusa-Tsurumai Station) station into the Shinotani (lit. "Death Valley", based on Inotani Station) Dark Station while Kagura is left behind by the Ressha when inspecting a poster. He easily defeats her and captures her, but her indomitable spirit keeps her from giving up. She later attempts to destroy him on her own as ToQ 5gou, but is stopped by ToQ 1gou when he realizes she will only end up hurting herself. Chain Shadow is first destroyed by the Renketsu Bazooka, and enlarges, managing to trap ToQ-Oh in his Cross Coffin, until ToQ 1gou uses the Red Ressha to break out, and finishes Chain Shadow off with the Fumikiriken Ressha Flash.