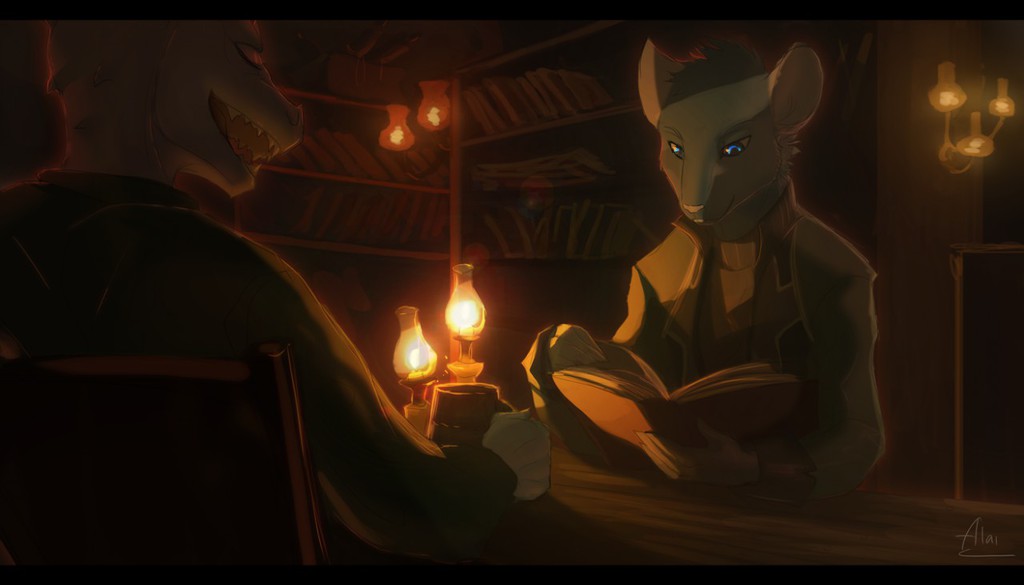 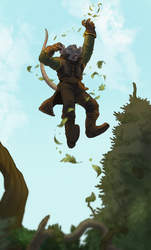 Cyril and Lewin sat down in the library, Cyril holding one of the books chosen from the shelf. Lewin the Kobold had brought a mug of ale in with him, something the librarian disapproved of, but he had shown himself careful and trustworthy to keep it at the table.

The pair spent a lot of time in the library between adventures. Relaxing, talking and just enjoying one anothers company. It was one of the few places they could find peace from the guilds hustle and bustle. Though it was likely Cyril's bookwormish nature that drew them there in the first place. The young Ratfolk was fascinated by the books in this world. From books on magic to manuals on magical creatures, they were just so fascinating.

Still, the pair did make for unlikely friends. On one hand a human student turned Ratfolk who had recently discovered sorcery and magic altogether.. woefully naive to the ways of a world with magic. On the other a hardy experienced human merchant turned Kobold who was recently forced to pick up a sword for survival in this strange land.