Mouth Diagram - for suit by Kaala 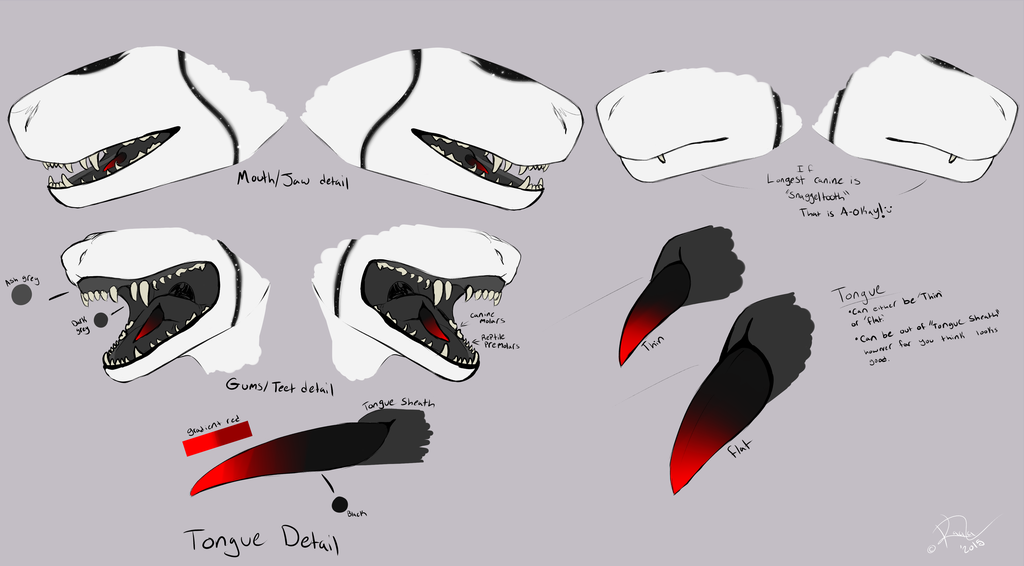 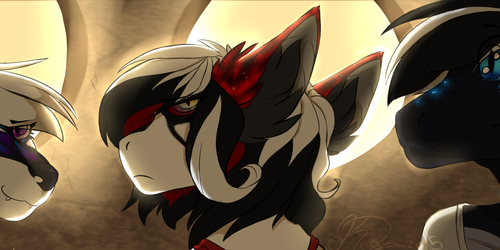 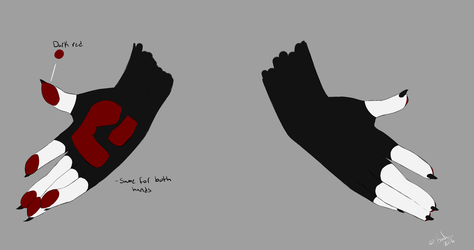 Mouth Diagram for Clockwork Creature whom is making my fursuit :>

Not to mention this gives me a good excuse to explain more about Kaala and her species.

I actually had a lot of fun working on this, I also got to work more on parts of my character that I never thought to really describe to people; for example her reptilian pre-molars before her Canine molars, or how her tongue can flatten at will, (much like a blue tongue skink's tongue)

Thats 4 feet of tongue (while stretched out) though, all you guys are seeing is the bare minimum, I'd hate for clockwork to give her an extended tongue xD that would look silly. The rest is in the sheath that runs down her throat and behind her chest cavity, 4ft is actually not as long as one might think, as her tongue is stretchy like a Chameleon's (no she can't whip it out at the speed of light), and thus it shrinks into itself, to keep her from having a bulging chest...save for her boobs.

She has two extra sets of canines on her upper jaw, and the longest one tends to appear snaggle tooth over her bottom lip, which is a dominant feature of her species, but not limited to, of course. As a Reptilian definition, Kaala would not be classified as a viper, as she has no venom, instead she is classified as a constrictor, and uses her tail to constrict prey if she gets the chance, though seeing as she is of average intelligence, there are many other ways to skin a cat in this instance.

In the end, this was fun to work on, and I'm excited to work on more of my species's stuff.

Var'kel species © 2011-2015 Kaala Aikanaro, all rights reserved. Species is restricted and not for personal use. PLEASE do NOT make one, thank you.