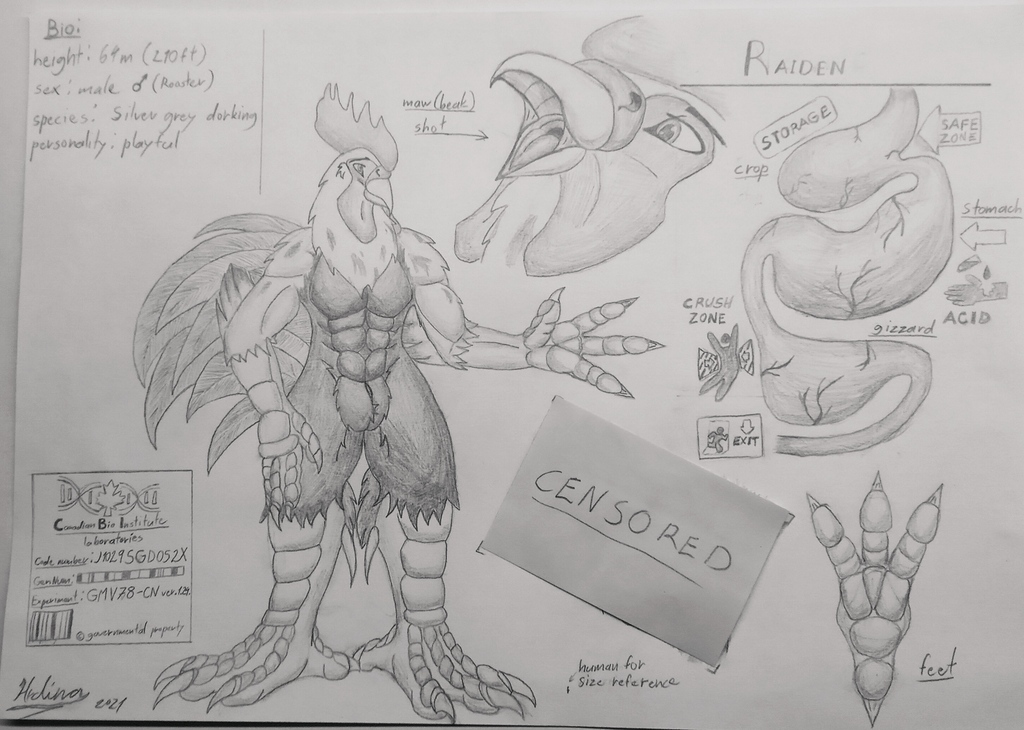 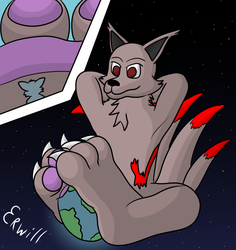 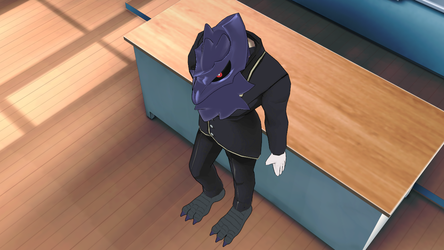 "Minister, our chicken has come back to society. And he's come back with data."
"What? Really? How though?"
"He transmitted the data to us directly via his computer. Said that he wanted to finally open up to explaining the situation after months of hiding."
"...Alright, let's see this data."

Backstory:
"After leaks of the "incident" with Sedmikráska surfaced to government eyes, some foreign countries went ahead with some projects of their own, to help support the cause. One such case was in a lab in Canada where scientists used a modification of the serum to test out an anthropomorphic version of Sedmikráska: a humanoid hybrid of animal and human. While it proved to be a success, there was a major side effect; some of the gene activators for size shifting stayed in the substance. More specifically, the growth portion. After a few months, the rooster, then named "Raiden", had grown so huge that he once reached his peak height of 64 metres. Given such a case, he went out into the wild areas because he would be too big to be contained."

Information:
Given how he had been given a similar serum like Sedmikráska, he has a larger level of intelligence, raptor-like fingers on his hands, thick legs and big feet, and a big tail. But unlike Sedmikráska, who is feral, Raiden is anthro, so he has some differences: he has a slightly humanoid penis that's much like a bird's cock (not shown in SFW version), can talk fluently in different languages (and can also understand and speak chicken talk with other chickens and animals), and even has a special digestive tract that adds in a stomach in between the crop and gizzard. Some other things to note are that he is able to size-shift thanks to the serum he was injected with, but it's not clear as to what exact numbers are at with his different heights. He also has no teeth in his beak, and is stronger than other chickens.

Yep, figured I'd get a big rooster eventually. But hey, he can be pretty useful in different situations, though I'm not sure yet. If you have any ideas for him, let me know!

Oh, and I'll be posting an NSFW version here too, with all the same information. Just wait and see!