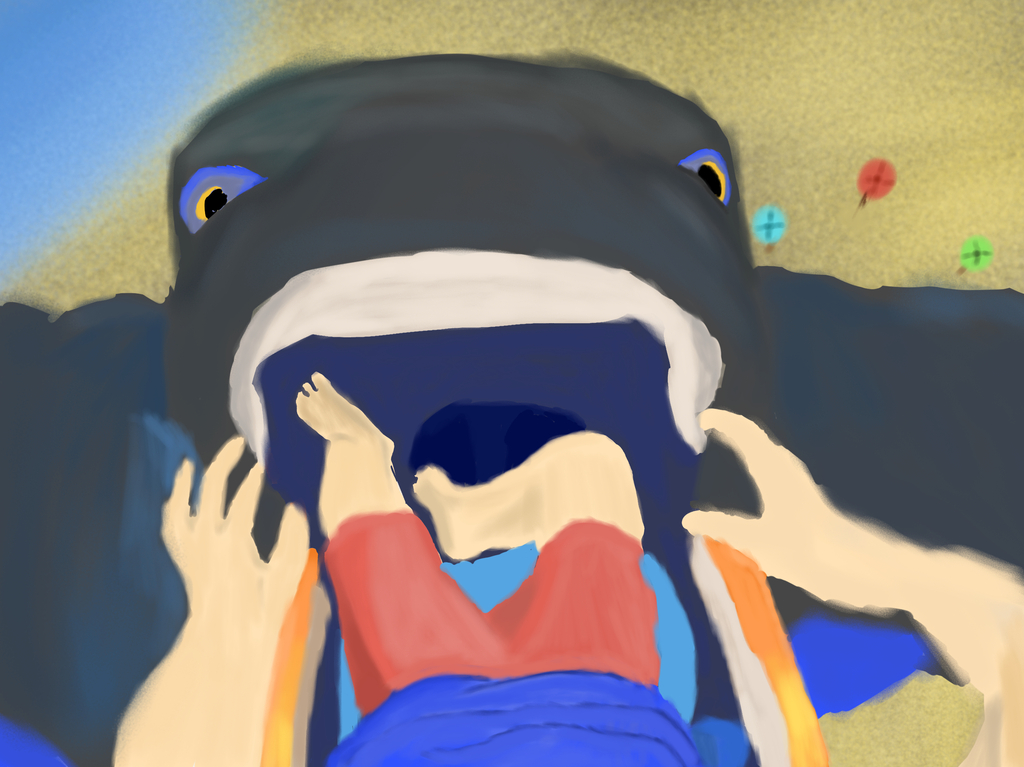 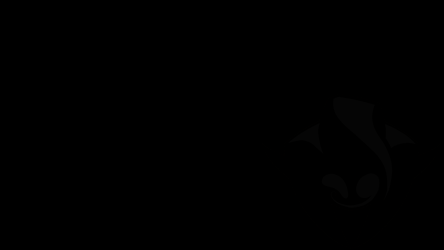 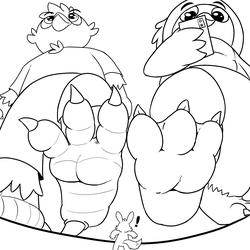 "I always had a fear of the ocean, though today I've finally gathered the courage to approach the beach. The waves were a lot more appealing than I could ever imagine; the splashing and the constant crashing of the waves blowing salty air my way. Perhaps this isn't so bad after all, and all this time was only irrational. Though it wouldn't be long until a black spot appeared from the bottom; surely it was just a shadow from a blimp above, but it appears I was dreadfully mistaken.
The civilians in the water were quickly pulled inward from the suction under the water before what seems as if a whale's maw took them in; the toucan coloured beak of a bottom jaw shines in the light along with a darker top maw with blue and yellow outlines with black pupils emerged. Their figure would grow much larger the longer they took reaching the surface until their foot reaches the sandy shore, the ocean waves receding revealing the strongly fortified toes of the beast. Along with the bright blue arms and chest exposing itself to the open air, I would run, although the sight was too fascinating to leave it be. As others ran past and pushed against me evacuating the area, the monster reaches down to grab me, the easy prey of the humans on the beach fascinated by my reaction.
They would lick their lips finding my likeness in my overall actions before showing off their maw below me. It was mere seconds before I was dropped into the sea creature's abyss, falling into the darkness. I am only plankton to my captor now."

Right, time for a little change of pace. This one was done by Dimension_Bro, as a commission! I figured I'd get back into the mood, so here's something for your spare time. :3