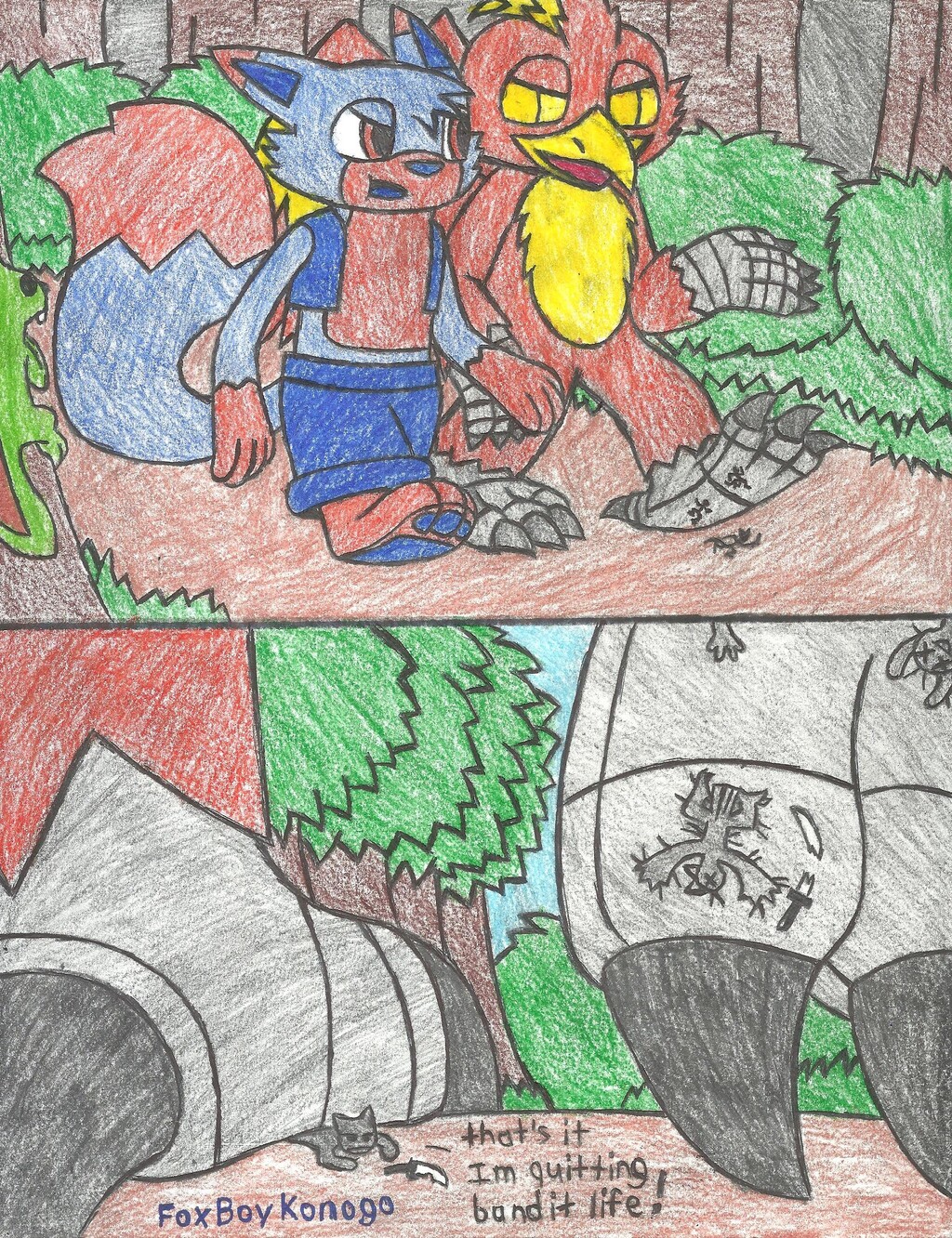 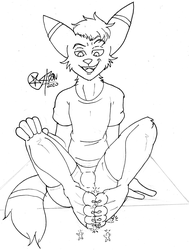 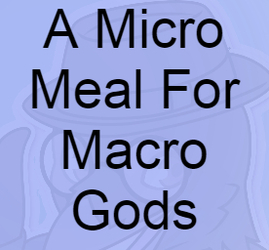 So, what happened here was that Konogo was tracking down some bandits who raided a small village recently, and was told of their whereabouts of them making refuge in the forest. However, upon arriving, a phoenix animalnoid named Justin was waiting for him at the entrance of the forest. Konogo was a little suspicious of the phoenix, but Justin was aware of it and told him he doesn't mean him no harm and actually had been wanting to chat with him and join him on a nice stroll through the forest.

While walking around through the forest, Justin asked Konogo what was he up to today, who he then replied that he's looking for some bandits that had been causing some trouble. Justin chuckles and informs him that he doesn't have to worry about that because he dealt with them earlier, which was something that seemed unexpected. Konogo was surprised about how and what he did with them, which Justin jokingly telling him that he decided to cut them down to size, which Konogo didn't get it, but let it slide and continued to stroll and chat through the forest with his new fiery feathered friend.

Little did Konogo know that the bandits were not just cut down to size, but are actually reduced to size as bugs, as he didn't notice them on the dirt path, but luckily, he didn't step on them. However, this came unluckily for the "forgotten" bandits, because they weren't safe from Justin's huge feet as they ended up squashed underfoot by the big grey soles of the phoenix. Konogo got a feeling Justin has something to do with that, and left them alone shrunken and knocked out for a while the phoenix came just to meet up with Konogo and then comes back just to supposedly unwarily squish them or maybe not, well, who knows.

Also, it looks like the bandits will be finding a new career.

Still getting better and more creative.

So, here we have a great pic done by foxboykonogo, with my phoenix having decided to shrink himself down (or maybe that the phoenix and Konogo are macro, but it's like they're normal sized while the bandits are micros in their actual size, dunno) to meet up with a friend, who's been having a bit of trouble trying to find some bandits. But the phoenix already did the work for him, so I guess that's a job well done~