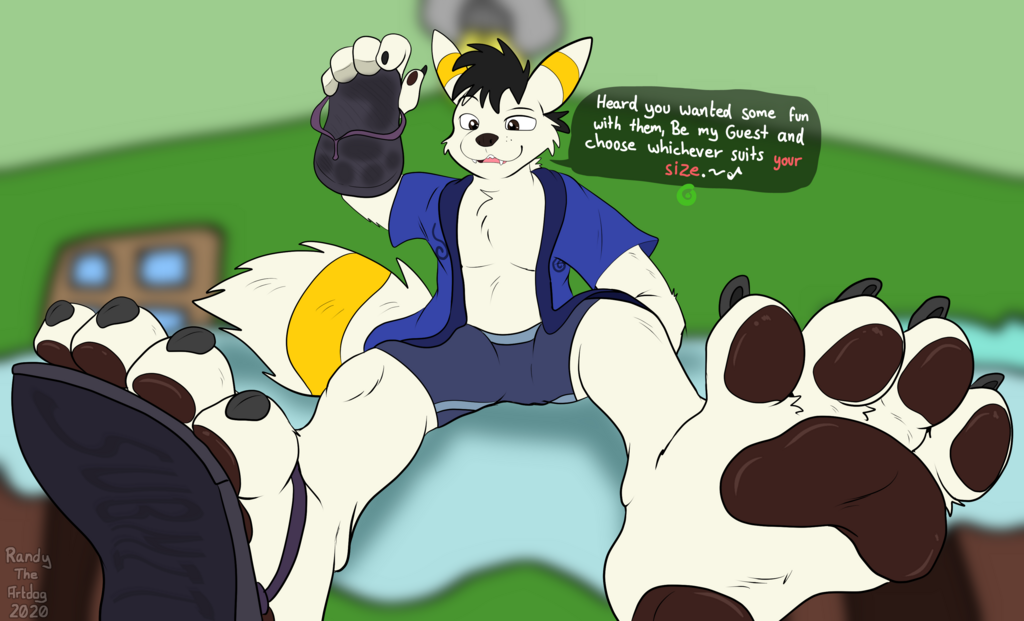 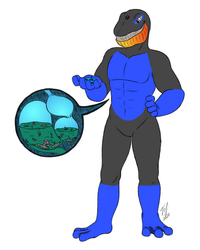 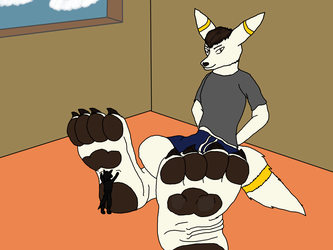 Leon Umbral: leader of his own pantheon. While he may not look like much, it's his personification that decided to make him have one. So while he was strolling through other cities on your world, he's heard plenty about your perculiar "liking" to him. While it's not common for a god of judgement to take mortals to their homes for their judgement, this one was a special case: you're a special guest, and he's brought up to his home in his pantheon for this reason you're invited to become: a special insole to become a part of him.

So, here's the situation you're at right now:

Leon is having both of his feet looming over you, while he's standing above you, while he's dressed in his godly outfit. While his right paw is bare, his left foot is wearing one of his flipflops, with "SUBMIT" written on the sole of the flipflop. All while he said to you, "Heard you wanted some fun with them. Well, be my guest and choose whichever suits your size~".

What do you do? Either way, you're becoming his insole. And for Leon being a god of judgement, it's rare he's letting you decide which fate you want: his flipflops, or his bare paws. Now, it's up to you to CHOOSE.

When I was chatting with none other than randytheartdog, he said if commissions are open. Much to my delight, he said yes. SO I HAD TO TAKE UP THE OPPORTUNITY AND GET ONE FOR MYSELF, AND MAN, THIS CAME OUT GREAT!

It's a special case on where I give you an insight as to what his flipflops look like, for this special occasion. Hope you guys enjoy this!

If you're curious, you should check out his Discord server by clicking on HERE. It's great if you want to check him out sometime and see what he's up to. Once again, thank you so much, man!

(Also, if you can tell me what video game the speech bubble is styled in, you definitely can imagine how this'll play out to you. AND HONESTLY, IT'S GREAT~)

Art by randytheartdog
Leon Umbral is by me~
Potential insole is YOU
Original: https://twitter.com/ThePickMan236/status/1310311024101388290 (His tweet has the old version, but you're more than welcome to look!)

ALSO! I got a Telegram page here, if you'd like to see what I have to post~ https://t.me/musingsl