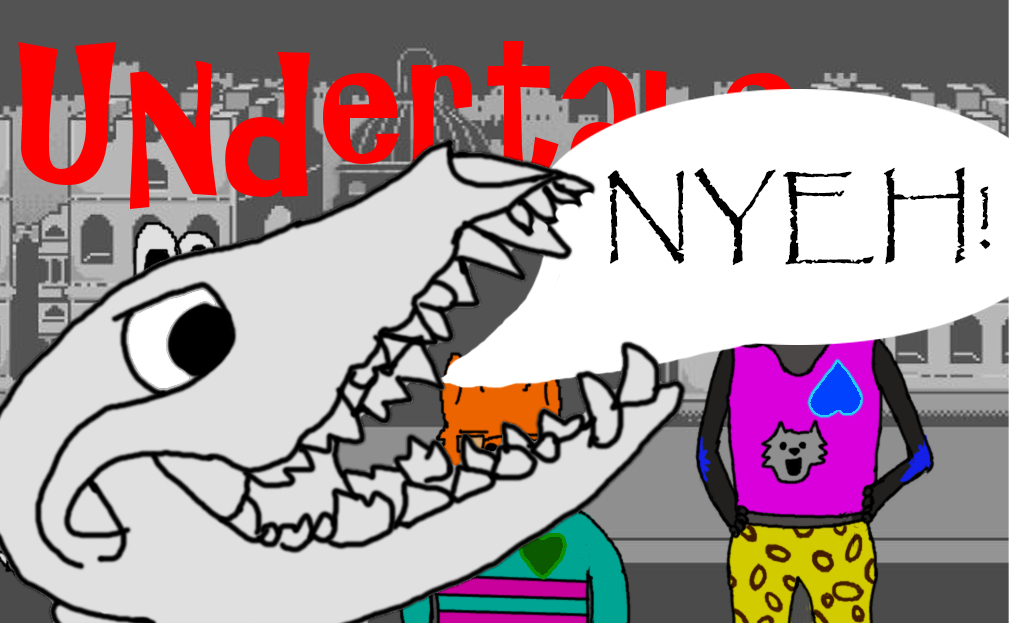 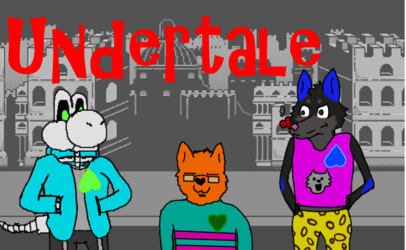 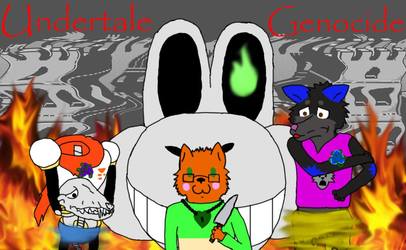 so.. Craig joined in on us pretty late in the series, and we were like.. "let's include him in the thumbnail too" and Kirk said "I'll probably just have him in front of you all, being Papyrus and stuff" (not exact words, I'm paraphrasing) now in my mind, he's have Craig as Papyrus laying in front of us in the "paint me like one of your french girls" pose, I was NOT expecting him to just be a giant head in front of us all XD lol, ah well, it's silly, and I like it