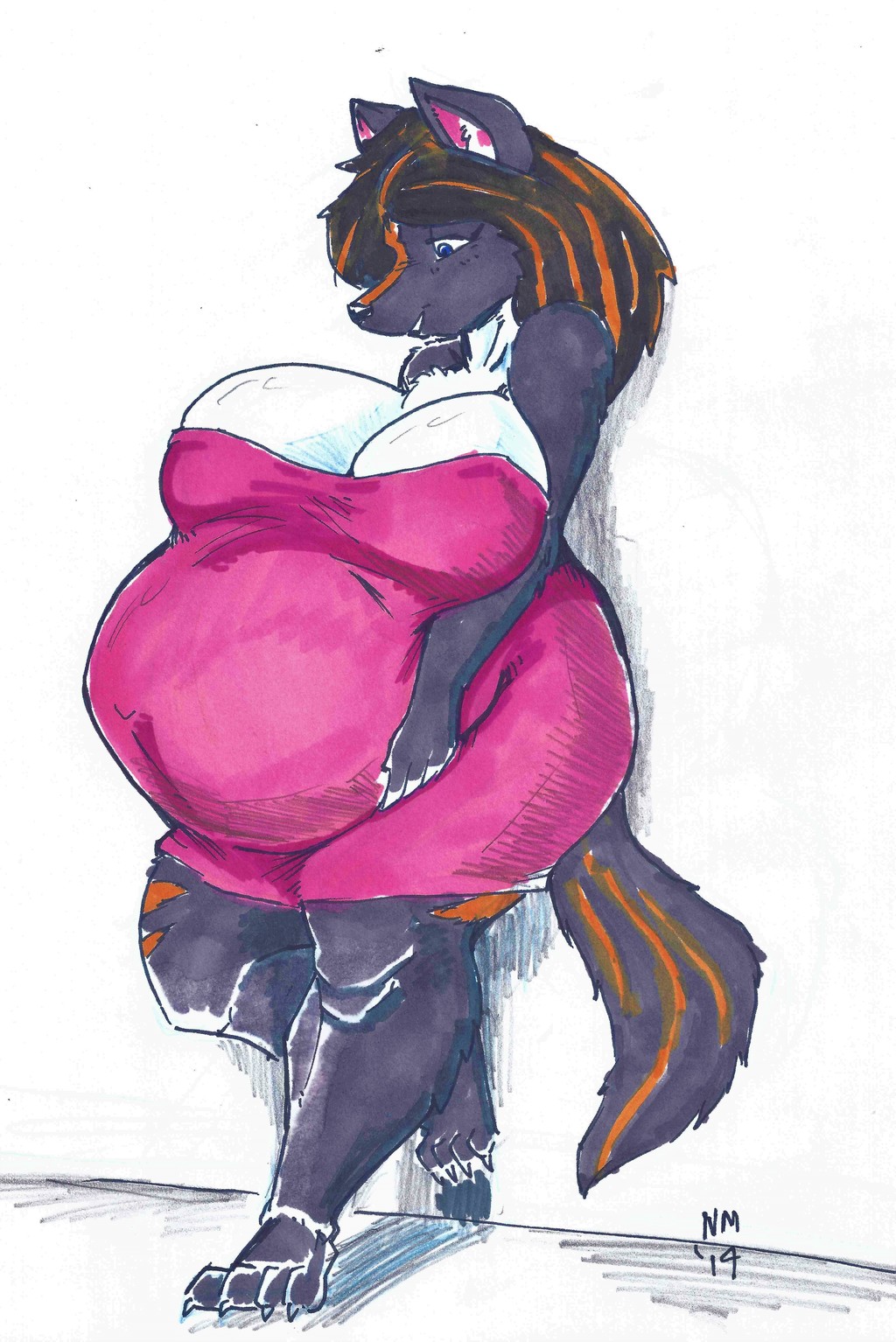 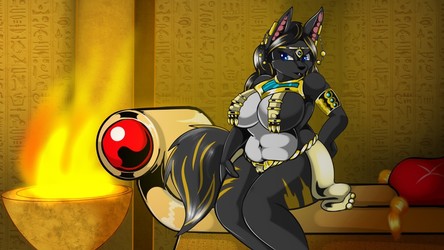 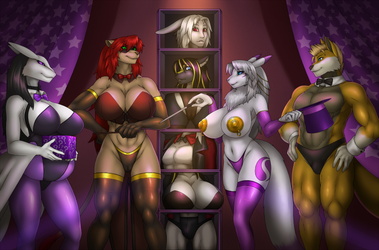 A lovely gift from Miateshcha, of Jehauri basking in the maternal glow that only her sweet salamander prince can provide. Okay, well, not ONLY him, but he's certainly proven himself the most prolific, and there's always something special about carrying another litter from the guy who gave you your very first.

Art is by the talented Tincrash. I was tempted to make some dumb pregnancy jokes, but this picture evokes such a sweet, relaxing mood that I can't make light of it. It's just... nice. Thank you so much, Mia!

I suppose now would be a good time to mention, for those interested, that Jehauri's gestation period has been adjusted a little- rather than the assumed 9 months, I've decided to make it more like 4 months- the average of a human, a fox and a jackal (who both have rather speedy gestation times of about 2 months). I feel like this more closely fits with her character, as well as going a ways towards explaining how she's had such a large number of litters over the years.