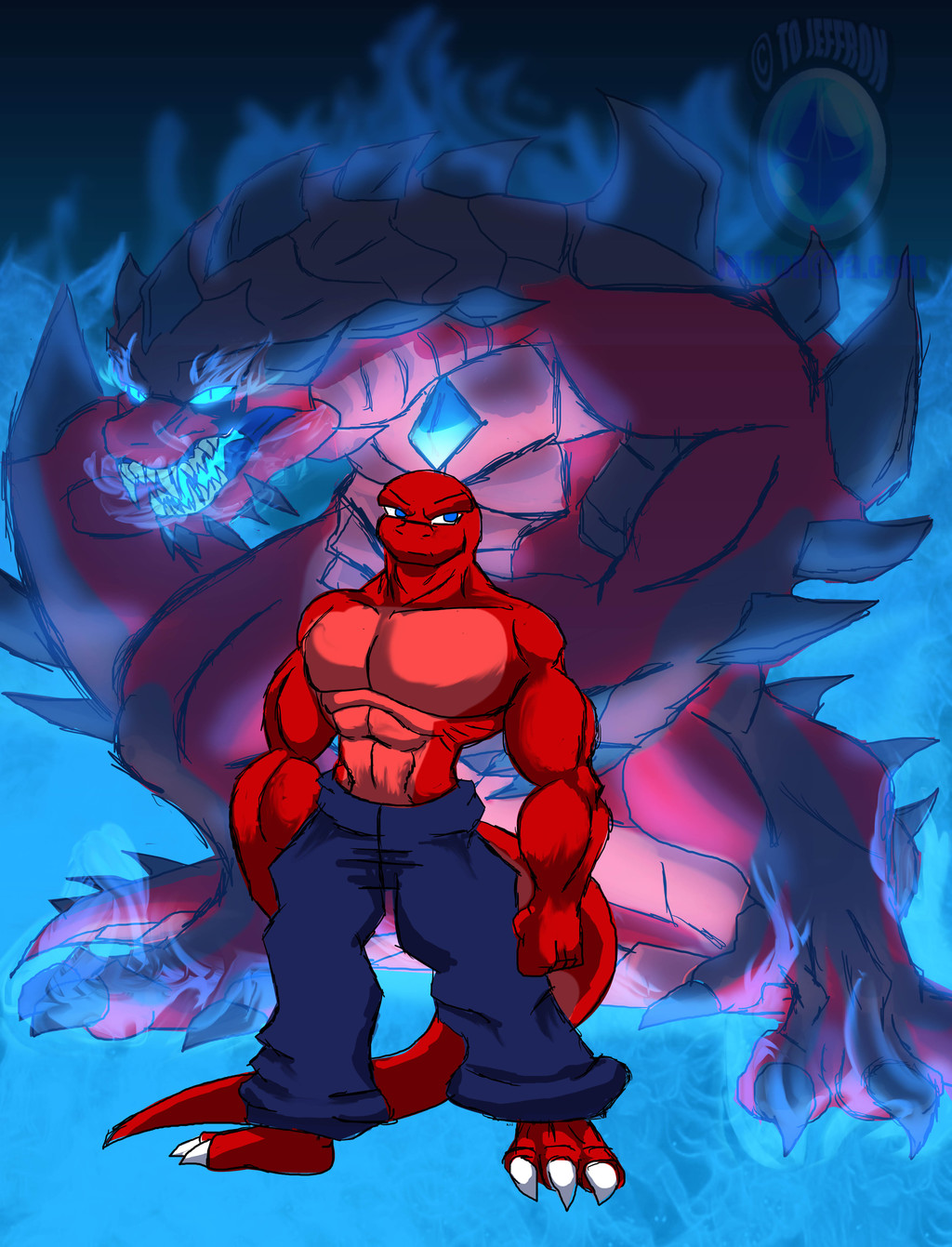 Ok so here be my first submission '3'

Inner Beasts; Powerful Warriors who hail from a world known as Reptillia, also known as "Rageons" seem to contain these powerful monsters within themselves. While the trigger method varies the most common is when the subject is met with shocking near death experiences while the crisis around him or her remains to be unsolved. Instinct takes over and their most active mind still remains unconscious, shifting into a savage and violent monster.

despite the violent demeanor many of these creatures are able to distinguish friend from foe innocent by standers from those who are the cause of their transformation.
Going on a savage destructive rampage against their foes till the threat is completely destroyed.

And to those evil and corrupted individuals who have caused such terrible acts to force these monsters upon themselves death is their only redemption unless a voucher is able to convince otherwise.

Thankfully such events that trigger these noble monsters are extremely rare and are only reserved for those of the demonic level of evil.