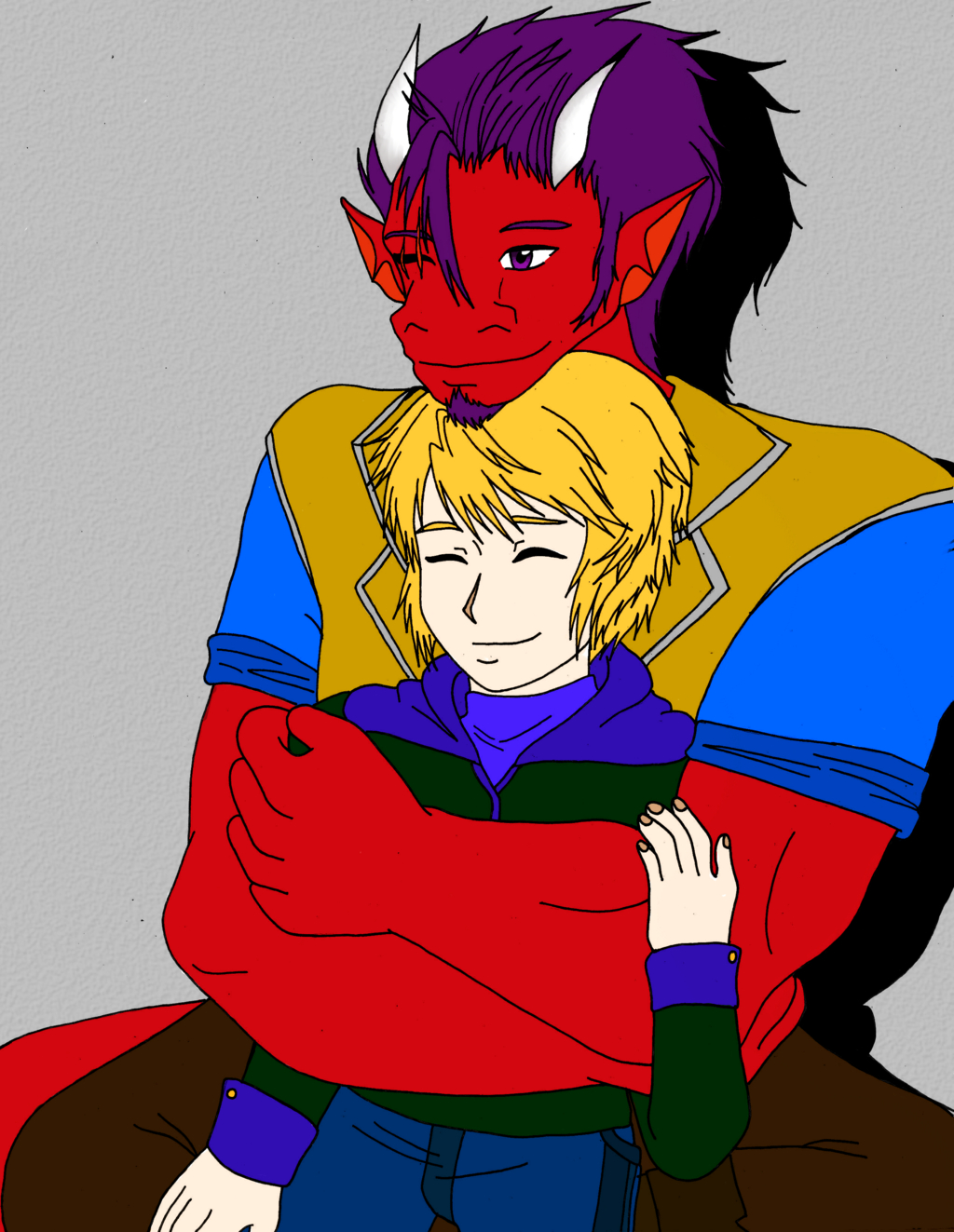 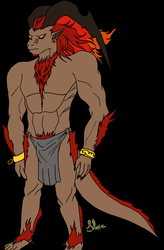 For those who know what Retsuken is, you probably also are aware by now that Felam and Rihs are best friends, even though all the hardships they went through together. This drawing was meant to picture both of them 5 years after the current events of Retsuken, still as close as ever, and even more! Rihs' a half-elf, so he didn't grow too much...but Felam's reaching his Adult Age as a dragon, meaning that extra fluffiness is appearing around. By now, I believe that Rihs is the mayor of Gaisra's main town(situated close to the country's castle) while Felam is an air pirate...

I'd like to point out that this isn't meant to be a couple picture. As much as each have strong feelings for the other, they consider their love as impossible for many reasons...which means that they both have their own "love" anyway, Rihs being with Yuri and Felam with Vladimir. They still enjoy to spend close times together though, which is what I wanted to be pictured!

Longest description I wrote in a while, but I think it was worth explaining what was going on.

Felam and Rihs are mine!