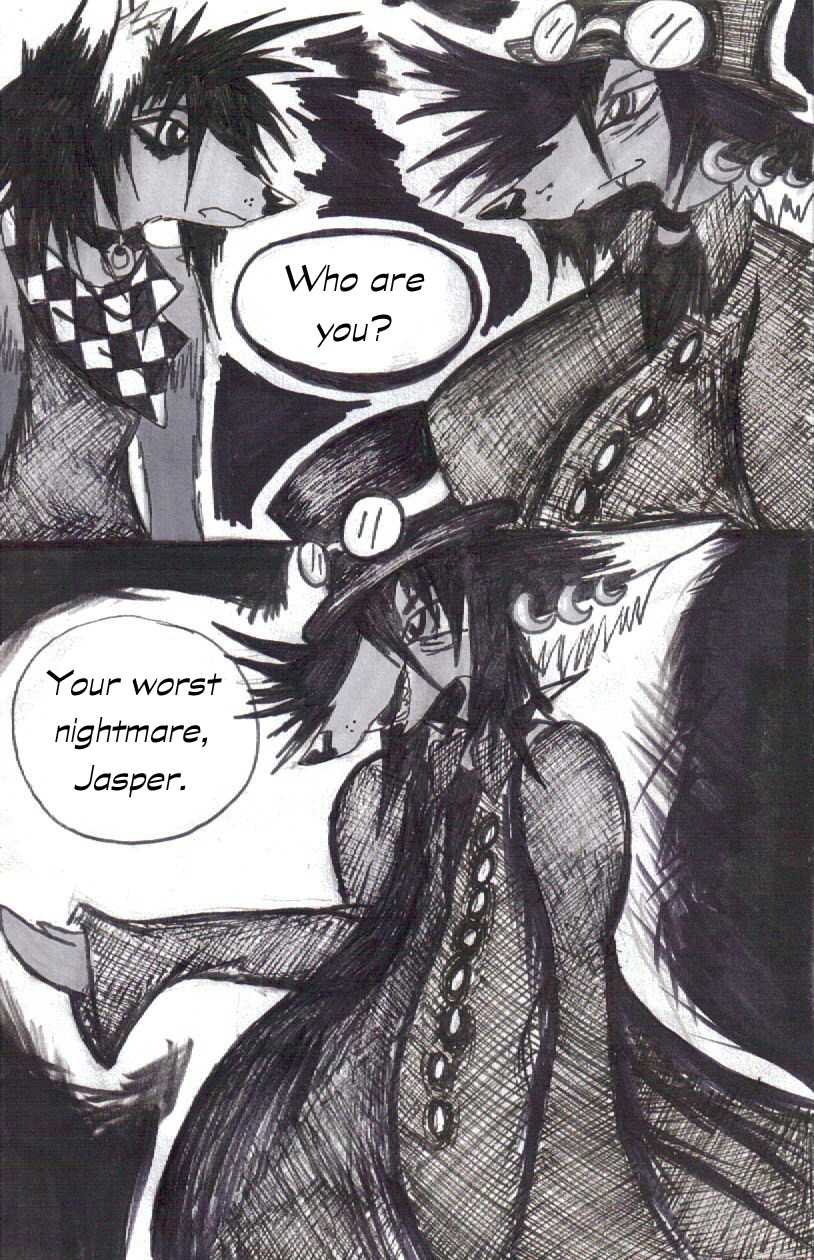 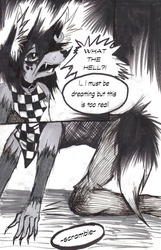 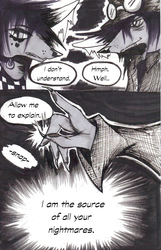 “Who are you?” Jasper said, now standing. He was nearly eye level with the figure standing in front of him. He studied the figure. They both looked seemingly alike, except the figure had three piercings in his ear, unlike Jasper, having only one. He also didn’t have any black splotches under his eyes like Jasper did, they just seemed.. sunken in. Their tails and facial markings were all the same. “I’m your worst nightmare, Jasper.” The figure smiled.