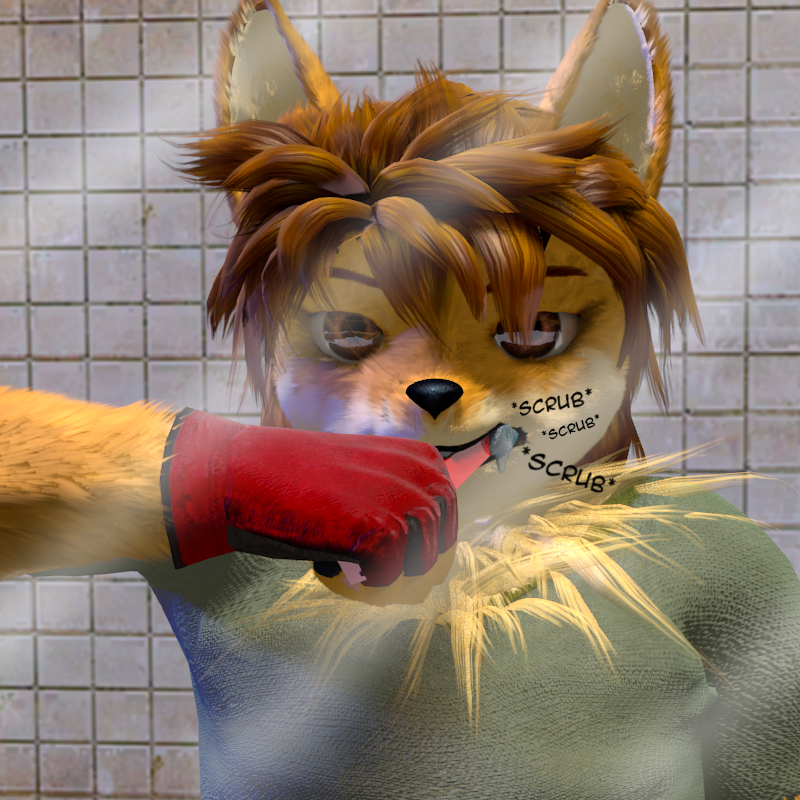 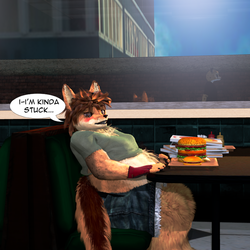 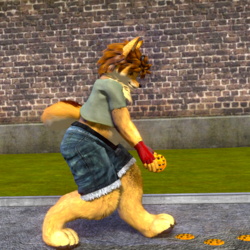 Jackal: humming the Mario Bros theme, while brushing his teeth :3

Jackal in his early morning look. I originally planned to have him wear just his shorts, but considering it's an upper-body picture, people probably would've assumed he wasn't wearing anything. Plus, this was faster to set up. xP

Sort of inspired by greyofpta's mundane things meme. Rather than complete the meme, I figured I'd make stand-alone images of each of my characters doing mundane things, starting with Jackal brushing his teeth.

Rendered in Blender 2.66.1a
Jackal belongs to JackThorn