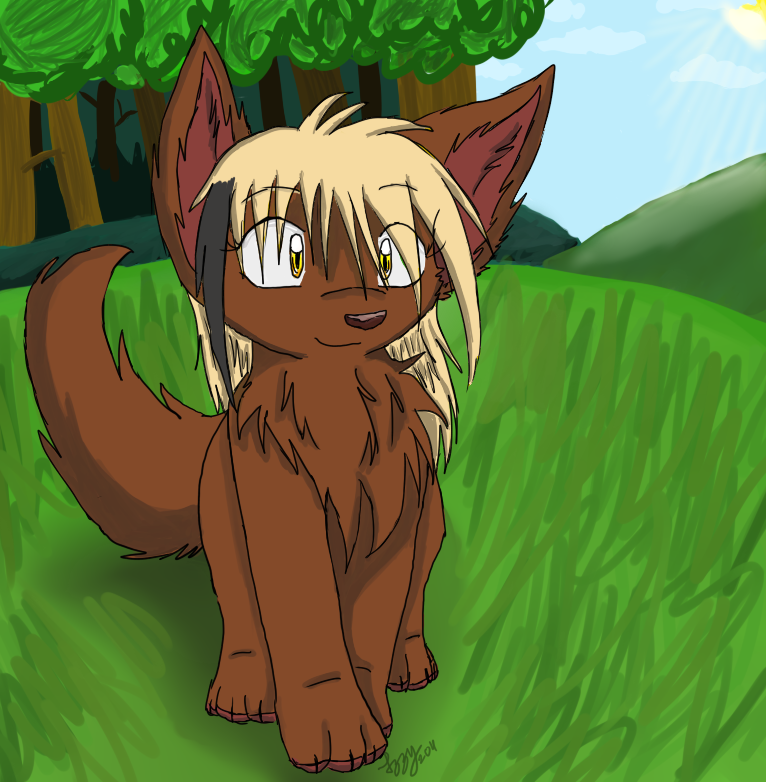 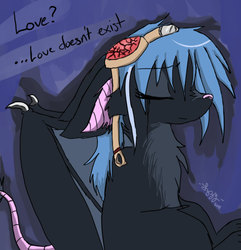 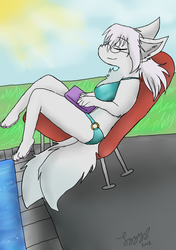 When spring was upon us, there was nothing brighter than our little girl. Some say that the children run wild moreso than no other season than springtime, and our Sarah was no exception. She was a story every day, she knew how to make the others laugh even when they didn't want to. She was Bunni's girl, through and through. Anyone could see that.

She dyed one strand of hair as soon as I allowed her too. After all, a bit hard to stop that young one when her own mother did it frequently to herself. It was hard to remember that she wasn't of our own blood, but it was a secret scarcely remembered. She would often run in the fields with Kaen, a playful smile upon her face.

Sarah was afraid of her heritage and becoming Wolf, but everyone knew sooner or later that she'd have to face something harsher than the throes of the airy spring days. Those days before she turned into a Were was probably most memorable, cause she never cast a gloomy mood around her. She was the miniature sun compared to her mother. And even though we knew nothing lasted forever, we enjoyed what we could.

Sarah, Bunni and Taki's child from an old collab story that a very close friend and I did. I haven't drawn them digitally so I decided to revamp the characters. Taki in the mini..erm...description is mentioning the fact that Sarah hates she's (possibly according to her) a werewolf, or that the genes are dormant within her. She's been trying to prevent the shift for years, and it becomes harder and harder each passing year as she goes into the middle of her teen years...