How to Train your Dragon - Cloudjumper by Isvoc 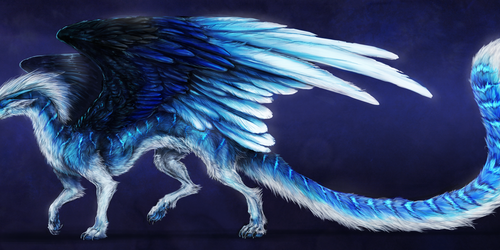 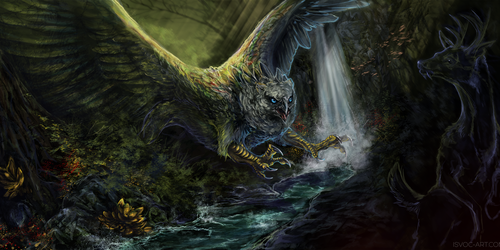 How to Train your Dragon - Cloudjumper

”Stormcutters are known their large size and two pairs of wings. They are also rare, intelligent, proud, and confident. They have owl mannerisms and a second set of wings under their main ones that can splay and become an ‘X-wing’. Stormcutter dragons walk on this second set of wings and their hind legs. The wings can also come close together so they can be like one main pair. They have a very muscular and sturdy build. Their face has two long spines that branch off their nose. They also have many spines down their back that make them look intimidating with a large “crown” on their head that makes them look even more menacing.

Thanks to the unique body structures and heavy build, Stormcutter is indeed a very sharp and formidable hunter and a fighter. Their ‘X-wing’ beats up and down in sync and are probaly used for extremely tight turns and maneuvers and for fighting foes. This body structure allows them to demonstrate aculeate flight techniques such as navigating through narrow and complicated spaces, or hovering and even rest in midair. They can also rotate their heads 180 degrees. Stromcutters can shoot a sustained torus of fire, and they also have fore-talons on their wings that are hooked and can be used to pick dragon trap locks or destroy an entire war machine.”
Source
——

My interpretation based on ‘How to train your Dragon 2” :D This one took me longer than I’d like to admit, but I am quite happy with final result! I planned to do just flying version of him, but adding flames and Valka is hard to resist ;) [alternative versions on my tumblr

2 cloudjumper dragon how httyd2 stormcutter to train valka your