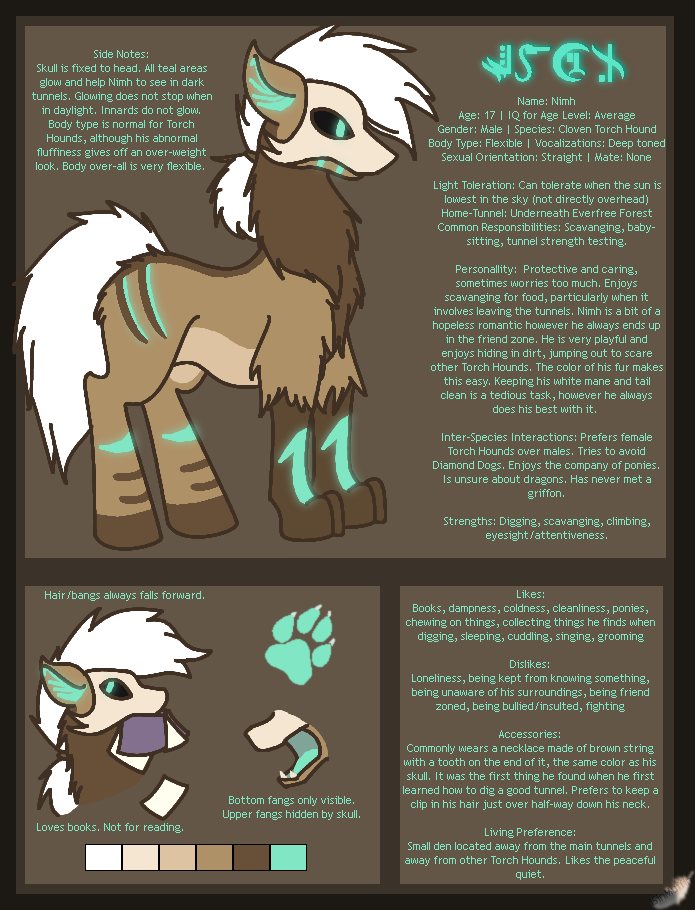 I've been working on this literally for hours. Probably a total of 12 hours, which includes distractions and such. I don't know how long it took, approximately.. I still feel like I left something out :/ Like.. Like there were something extra I should've added.. Ah well.. If I remember, I'll put it on there. >.<

I've been wanting to make a Torch Hound since I saw them and here mine finally is. It took me a while but I decided on the name of Nimh. No particular reason. Nif was a consideration but it was too close to "Kif" I thought.

I love the color brown, can't you tell? Especially paired with teal. I know that I should probably step away from those two colors because of my fursonas and now Nimh but I like them. Heck, my new bedroom is going to be brown in theme Cx

Anyways, here he is! If you see something wrong on the ref sheet or missing, let me know c: The pose and mouth close-up were referenced. When I sketched everything out, I unintentionally created the same pose D: I did all the lines using the pen tool on Gimp and I'm starting to love that tool c: I didn't do "tapered lines" for a reason so no commenting on that xD