A Fancy Situation by Intrestofbigness 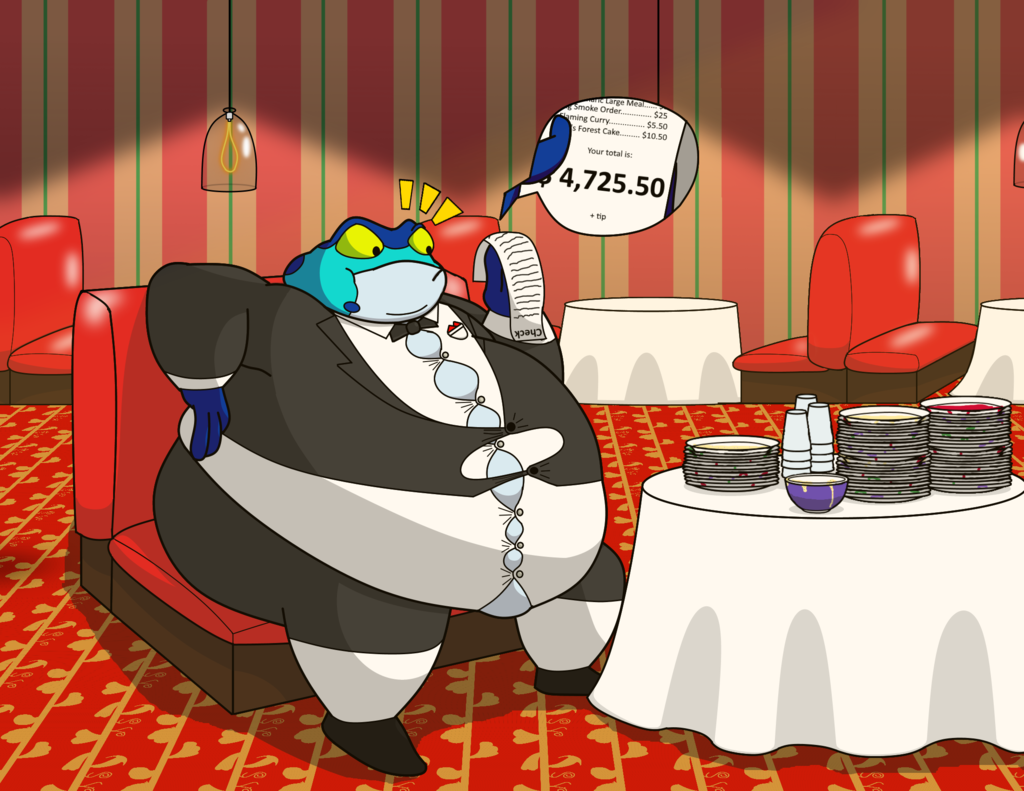 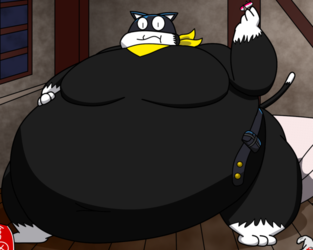 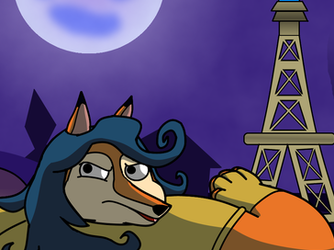 With his newly found tuxedo, the toxic turned damper pacifist frog finds this as an opportunity to visit one of those fancier restaurants. He gets in with ease, and got a table for one. Once given the menu, he was flushed with an overwhelming amount of options. He can easily say no the the meals involving meat, but that only covered 2 out of the 8 pages from the ridiculously sized menu. He started with an appetizer. A single bite is all it took before he was hooked. Then came the entree. He took his time, but it was over in a flash. The persuading taste lingered in his mouth, but he was barley able to resist the urge to order more. Despite the fact that he was wearing a tux, he didn't have a hole lot of money; he had enough to cover the meals and desert. Desert came, small and the cheapest thing on the menu. One bite, and once again, it's gone. A strong taste lingers in his mouth, but he must resist. The waitress was about to give him his check, but to her surprise, he ordered another entree. He was willing to pitch in the extra cash for more of that heavenly taste. The meal came and went. He ordered another and another, practically ordering everything on the menu. For every meal he'd get, his belly grew more and more. As the minutes past, his body's shape would grow rounder and softer. There didn't seem to be an end, until late into the night.

It was the dead of the night. The other patrons left hours ago, including those who came during his binging. Ranno finally snapped out of it. He rubbed his stuffed, groaning gut in disbelief. This was unlike him. His cursed tuxedo was stretching out and the buttons were on the verge of popping out; one wrong move, and his outfit would explode. All he wanted to do his relax and let his belly settle. The waitress came with a brimming smile. Perhaps she was flattered? She gave him the check, and an overwhelming sense of dread came over Ranno. He definitely didn't have the money to cover that. His only option would be to sneak out of the restaurant undetected. With the combination of an bloated body, groaning gut, tight outfit, lack of people, and him growing tired by the second, something that could of been easy for him is suddenly a grave challenge. His only bet is one lucky rose distraction.