Too cute To Rule by Infinite 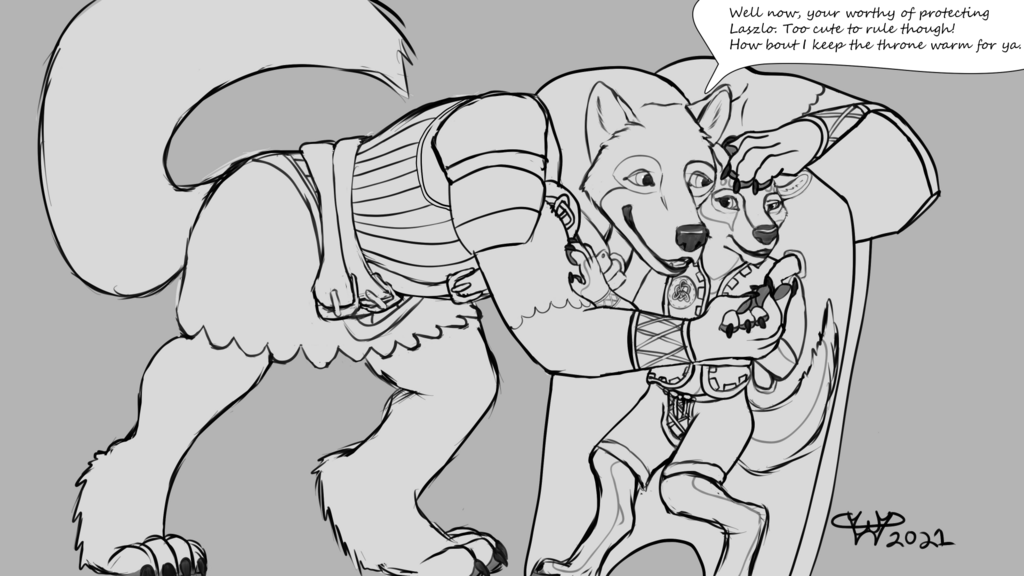 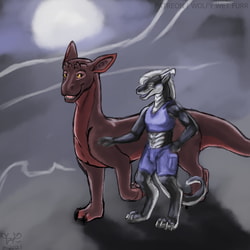 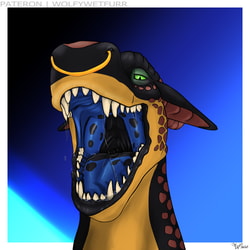 Too cute To Rule

Having played Armello, the character and art design inspires me. I've especially enjoyed Magna, a shield maiden of the wolf clan. I thought how seeing her along with the many other warriors of Armello would inspire the young adults to strive for glory of their own.

For the purpose of my drawing, I went with two characters of my own cast and dressed them to match the setting and roles that inspired them. This mountianous woman is taking a moment out of her day to remind Laszlo he's got a ways to go, and there are other paths to take!

For settings where "Wolfy Wet Furr" does not suit the over all theme, I've adopted the name Laszlo as a variant of my usual player character where a more 'mundane' name is best suited. I have yet to name my shield maiden here, though.

This is a sort of prequil image, drawn to build to to the main idea I wanted to draw, to show that Laszlo has grown up with this Shield Maiden and others of their ilk looking after him. He will be progressivly older in the following images to further that theme.