The Dragon and the Unicorn by ilayas 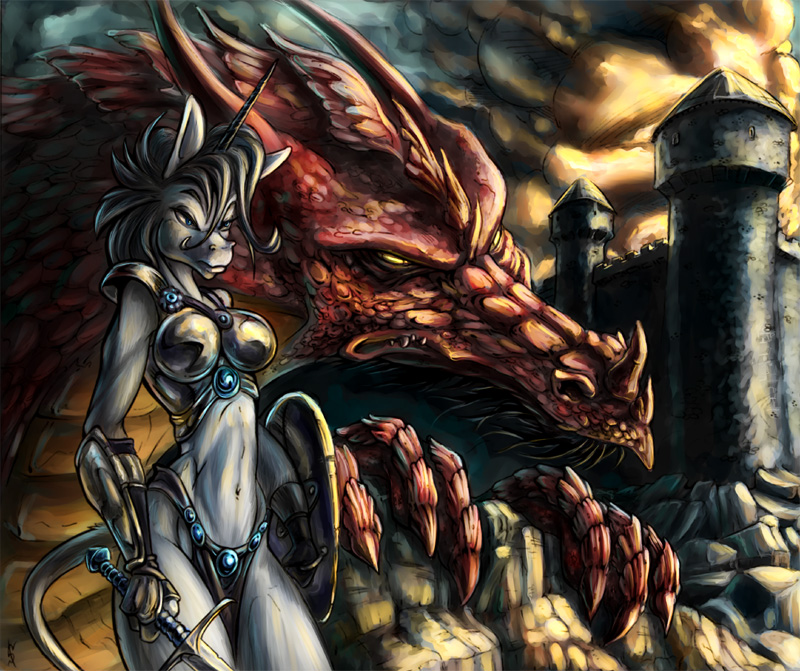 Folder:
4 - Colored by me (drawn by someone else) « Older 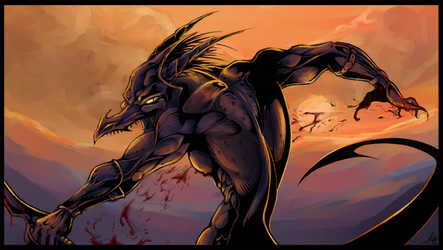 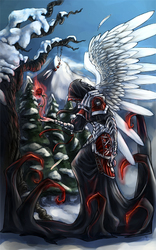 The Dragon and the Unicorn

I wrote a little story to go along with this picture.

“A moral objection? This coming from some one who used to eat people for disturbing his slumber.”

“Individuals who break into dragon lairs rarely have good intentions for the dragon.”

“Did you ever ask what they wanted?”

“Yea, but after a few hundred years of 'I've come to send thee to the abyss infernal hell beast!' you stop bothering.”

“Hell beast indeed, if any of those 'stalwart' adventurers actually knew what a hell beast was maybe they would have bothered someone else for a change.”

“Oh I doubt that, hell beasts aren't known for hording mass amounts of gold, like say dragons are.”

“Humphf! What about you little miss moral authority? Why are you, of all people, agreeing to this?”

“For the same reason you are; I can't afford to say no.”

He grunted in agreement his hot dry breath cutting through the cooling damp air. Both sets of eyes set upon the horizon searching for signs that the foul business was about to begin.