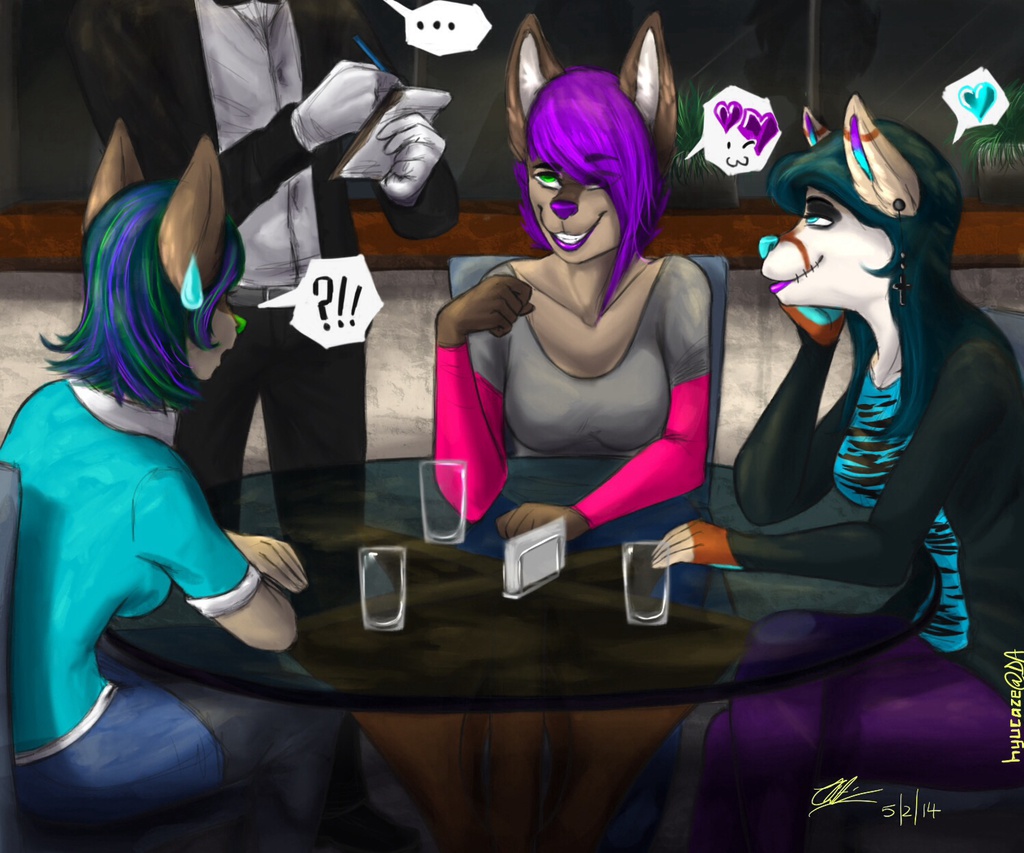 Finally finished
I wanted to feature http://kimiko2444.deviantart.com/ and her OC Sydney (right) because she was such a perfect character and I just want to do one last freebie for a friend before I start working more on My OC references, and I took a break on this for a bit worked on some traditional stuff but this so far is probably the longest digital colored sketch I've worked on yet but it came out nice, I'm happy with it.

I wanted to do something casual so I made a random brunch scene, and I included two of my OC's Lex (left) and Flare (middle), there's some flirting, Flare is a huge flirt so the scene goes nice with her personality.

Sydney was a great character to draw, I enjoy getting the chance to draw my DA and AA friend's characters it a great privilege and opportunity.